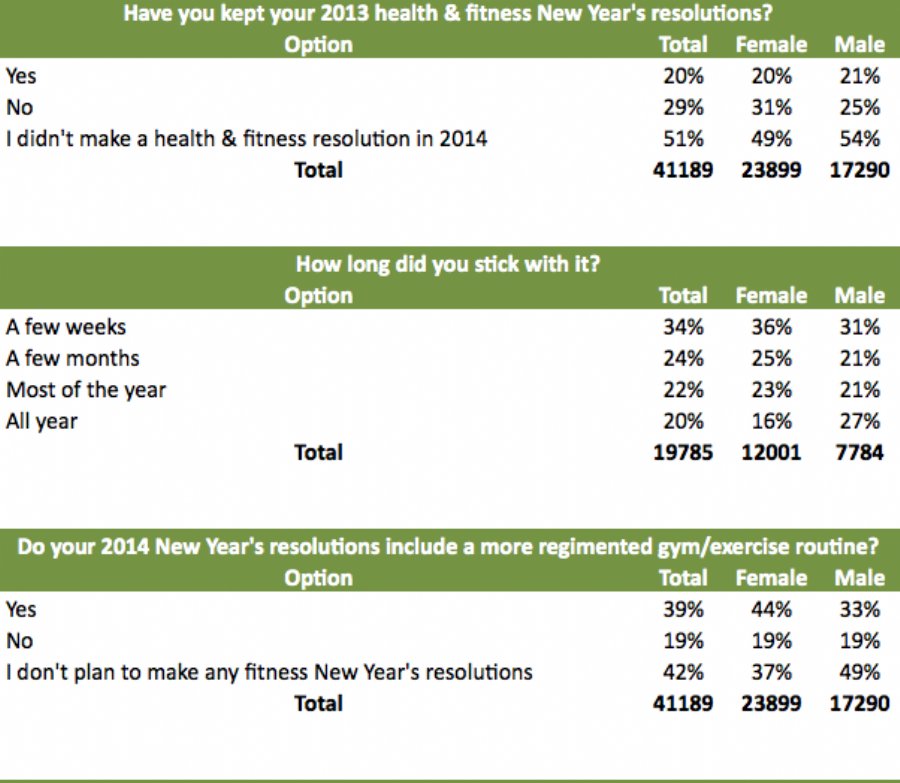 
2,185
New Year’s resolutions are an annual American tradition. In fact, over 58 million Americans plan to head to the gym come January 1 as a result of their New Year’s resolutions. Gyms across the U.S. will see a traffic surge of 30 to 50 percent in these first few weeks of the year. Just as common of a tradition is the tendency for resolutioners to give up their efforts early. SessionM, powering the loyalty program used by hundreds of leading mobile apps, polled over 40K mobile users regarding their New Year’s resolutions.
They uncovered that in fact only 41% of those that made the resolution to get fit in 2013 followed through with their goal, with most only sticking to it for a few weeks. However, again this year, nearly 40% of mobile users have a resolution to hold a more regimented gym/exercise routine in 2014.

SessionM is keeping health and fitness fun for users who have committed to leading a healthier lifestyle in 2014 through in-app rewards. Apps like Nexercise, Calorie Tracker Lite, Pedometer by Runtastic, LIVESTRONG.com, among others, are using SessionM’s mPLACES tool which rewards consumers for checking into specific locations.

Throughout January, participants who check in at gyms and fitness centers will be automatically entered to win a $250 Dick’s Sporting Goods gift card. People can check-in once per day, every day, for the chance to win.

"We’re eager to use mPLACES to reward and motivate our Nexercise community as well as integrate advertising in contextually relevant ways.We know how much our users enjoy earning mPOINTS for completing in-app actions like tracking a workout or exercising 7 days in a row as it provides extra motivation to stick to their fitness routine. To extend this to check-ins at gym and fitness centers is a great way to kick off the New Year!" - CEO and founder of Nexercise Benjamin Young says.