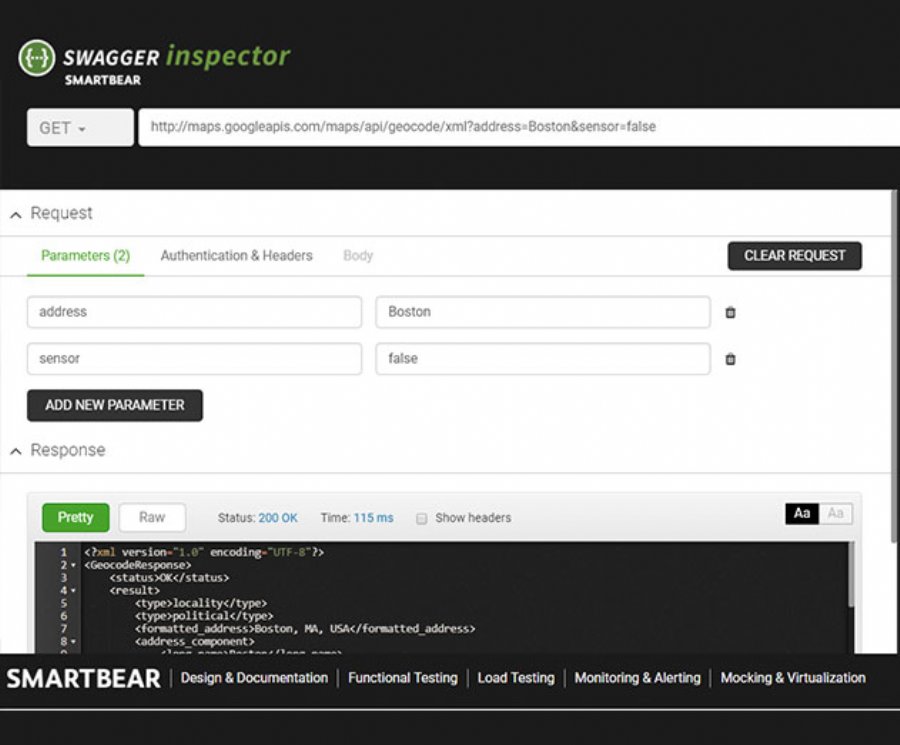 Cloud API testing and documentation tool, Swagger Inspector, has been released by SmartBear to provide developers the tools to make better APIs.

The API economy has captured the attention of business and technology leaders alike with organizations trying to leverage APIs to achieve financial growth through digital channels. As more applications start to depend on APIs, there’s an increased focus on integrating with APIs that are easy to work with and function as intended. With the increasing need for building quality, consumable APIs, developers must be able to easily validate their APIs and make sure they are accurately documented without adding unnecessary overhead into their existing workflow and complicating their development.

“Our company is trying to successfully position ourselves in the API economy by standardizing with the OpenAPI Specification,” said Matthieu Delmas, a web developer at microDon and a beta user of Swagger Inspector. “Swagger Inspector has become an important part of our API strategy, in that we can easily test and auto-generate the OpenAPI documentation for any of our APIs, all during the development process itself.”

Swagger Inspector was designed to have practically no learning curve and allows developers to validate if their APIs work as intended and create API documentation without having to learn a new tool or add components into their existing code or processes.

“As APIs are increasingly playing a pivotal role in digital transformation, it becomes imperative to deliver quality, consumable APIs at a faster pace,” said Christian Wright, EVP and GM, API Business at SmartBear. “We built Swagger Inspector to simplify the API development process by empowering developers to easily test and auto-generate their OpenAPI documentation with a single tool on the cloud.”