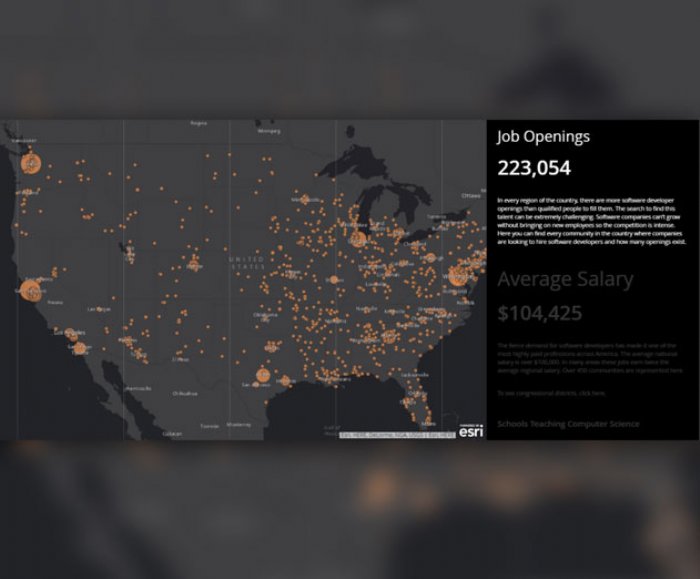 Nearly a QuarterMillion of US Application Developer Jobs Are Unfilled


19,035
Esri and The App Association have used the Esri ArcGIS platform to spotlight the current state of developer hiring in the US. According to the interactive report, nearly a quarter-million job software developer jobs in the United States remain unfilled.
The interactive maps show where software developer jobs are, how much they pay, and where to find openings. It also reveals which locations teach computer science and where education needs are the greatest. Users can zoom in and out to see data by region, state, city or congressional district.
Highlights from the report include:
- 89% of developers in the US work outside of Silicon Valley
- As of June 2016 there were 223,054 developer jobs open in the US
- The average developer salary was $104,425
- Salaries paid to software developers bring more than $114 billion to the economy
- Only one in eight U.S. high schools offer AP Computer Science