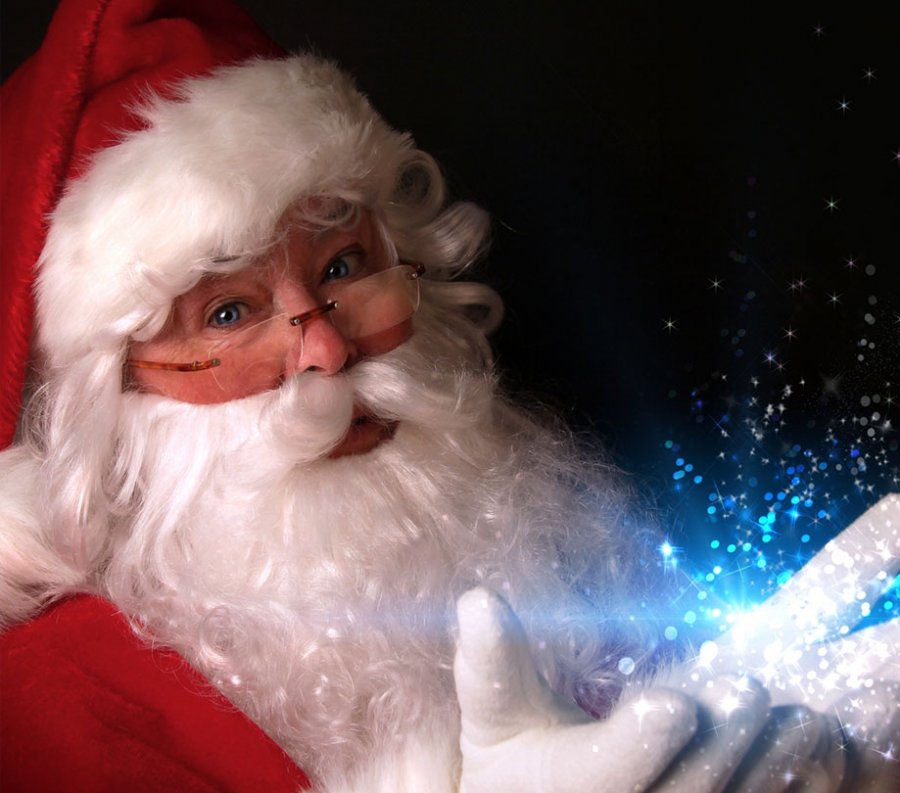 This Naughty or Nice app from Moonbeam Development has a huge following, we peek under the hood with our editor to find out why it's become such a holiday classic dating all the way back to 2011 in the Apple app store.

The Santa Naughty or Nice Scan game, app, or whatever word you use to describe it, was first created and published in 2011 by Moonbeam Development. It was an instant hit, and it's now grown into a favorite app kids and parents download and use every year as leverage with their kids, or just to celebrate some sort of holiday tradition. Over the years there have been numerous copycat apps come along (some better than others), but nothing beats the originality put into Santa Naughty or Nice Scan.

The Santa Naughty or Nice Scan app includes a fingerprint scanner to detect your naughtiness or niceness, Santa's talking feedback, a body scanner, Christmas countdown clock, the actual list itself that gets updated every year, Christmas music, Snow, a Santa locator, and letters from Santa - and just more complete Christmas overload toys.

Richard Harris - the creator of the app, and our editor, recently answered a few questions about this holiday anomaly that people can't seem to get enough of.

How many people have downloaded the Santa Naughty or Nice App?

Since 2011 the app has been downloaded over 5 million times, with around 50% retention rate of the audience. Users come back every year to see what's new, and each year we try to add something else that makes people smile. The iOS app store landscape has changed so much since 2011, but nice to see an app that's going on 8 years old can retain an audience.

Why do you think the app is so popular?

I wrote everything in the app, and even recorded the original Santa voices you hear. I think the originality speaks for itself and people like using something that isn't just another cookie-cutter holiday app, just out for an in app purchase. My Santa Naughty or Nice Scan app has personality in it - something many mobile apps lack in this same space. The app only cost 99 cents and its yours forever, including yearly updates. I think people like that, even when I know the subscription model is growing in popularity.

Does it really scan your finger and use 'secret Santa" technology to figure out if you are naughty or nice?

Well... of course! But technically it's the accelerometer, touch screen, camera, and a few other secret ingredients that figure it out (with a little bit of guessing in too). We even have a bit of machine learning dialed into the algorithm to try and make it accurate. You'd be surprised how well it sees through the dirt in someone's past years history.

Are the letters from Santa real?

Actually - yes they are! We built a BaaS engine that works with the app to handle the letters going out from Santa to everyone that orders them. You just tell us who Santa is going to send the letter to and we do the rest (the elves are made up of c#!)

Where can I see get the Naughty or nice list, and the app?

You can get information about the app, including seeing the list by going to http://naughtyornicescan.com and of course if you want to get the app for yourself, https://itunes.apple.com/us/app/naughty-or-nice-scan/id406423598?mt=8