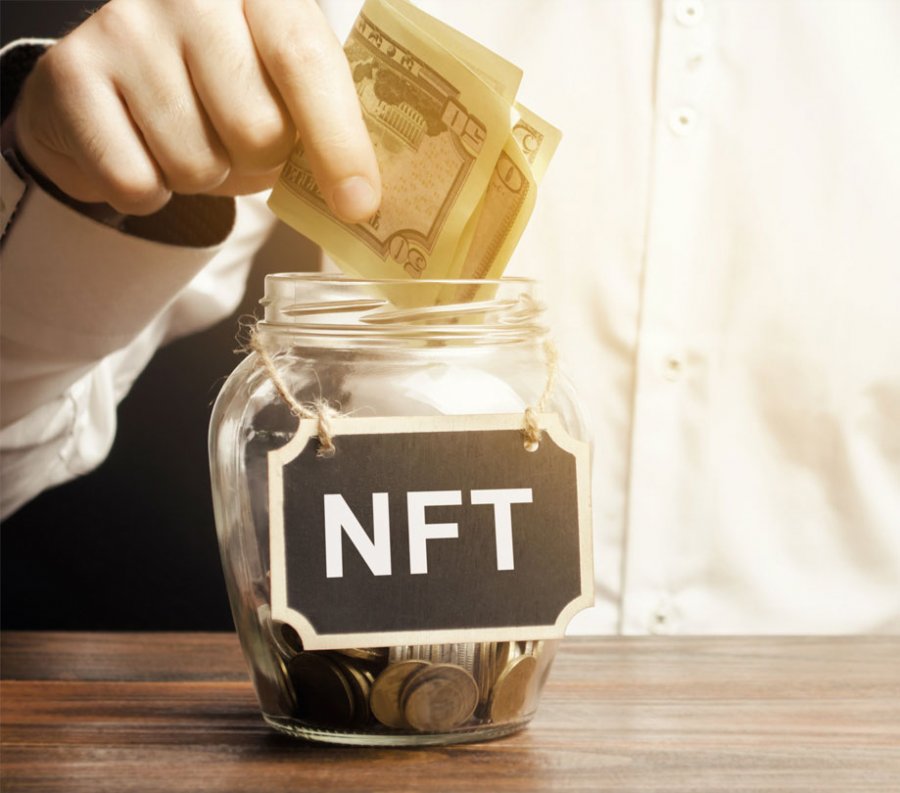 TRG Datacenters used Google Trends to look at the most searched NFTs in 2021, revealing that 'The First Tweet' was the most searched-for piece of digital artwork after it sold for $2.9 million in March.

Everything went digital last year, including art. Throughout 2021 interest in non-fungible tokens (NFTs) increased dramatically, with many celebrities and artists releasing their own series of virtual work.

The influx of interest has caused the cost of NFTs to skyrocket and this year the most expensive of all time were sold, demonstrating serious investor appetite. On 30th September, Dolce & Gabbana set the record for the highest sold NFT ($6 million) in the world of fashion.

As NFTs gain popularity and become more accessible there is a hugely negative effect on the environment, Space Cat’s carbon footprint for example is the same as the electricity usage for an EU resident for more than a month.

NFTs are expensive because they are one of a kind. Traditionally, the artwork is valuable because they were the only version available. Digital art, on the other hand, can be copied and reproduced with much more ease. NFTs, tokenize the art so that the owner has a sellable certificate of ownership that confirms the asset as the original.

In order to see which NFT’s have been the most popular during 2021, TRG Datacenters used Google Trends to see which of the most expensive series of artwork has sparked the most interest around the world. It is important to note that the most popular blockchain used is Ethereum which utilizes about 31 terawatt-hours (TWh) of electricity per year, equivalent to the whole of Nigeria (TRG Study).

The most searched for NFT in 2021 was ‘the first tweet’. Twitter founder Jack Dorsey’s first tweet published in March 2006 read “just setting up my twttr”. Dorsey auctioned the tweet for charity in March 2021 to Sina Estavi, a Malaysian-based buyer, who bought it for $2.9 million using the Ether cryptocurrency.

The second most popular NFT was ‘Hashmasks’, a living art collectible put together by more than 70 artists worldwide and made up of 16,384 unique digital portraits. One of the pieces sold with a 100,000% profit over a period of 3 days.

The most expensive piece placed only fifth in the ‘most popular’ top 10. The piece, created by Mike Winkelmann (Beeple), was called ‘Everdays: the First 5000 Days’ and is a collage of 5000 images. It sold for $69 million in February 2021, making it the most expensive NFT sold to date.

Grimes, the ex-partner of crypto aficionado Elon Musk, also got involved with the NFTs and appeared in the top five most popular list. The Canadian musician sold a series of 10 pieces with the highest selling piece being a unique video called ‘Death of the Old’ that included cherubs, a cross, a sword, and glowing light set to an original Grimes soundtrack. Two further pieces called ‘Earth’ and ‘Mars’, both with thousands of copies, fetched $7,500 per copy with nearly 700 copies sold before sales closed.

According to TRG Datacenters, the 10 most searched for NFT art pieces from 2021 were:

"NFTs rely on blockchain technology which has an increasingly damaging effect on the environment with many of these digital assets using the same amount of energy as a small country. Most NFTs are part of the Ethereum blockchain which has been largely criticized because a single transaction has a carbon footprint equivalent to 140,893 Visa credit card transactions. Ethereum has promised to cut its energy consumption by 99% come early 2022. As NFTs evolve and become more commonplace, it's critical that as NFTs grow in popularity they take steps to safeguard our environment from further negative impact," said Chris Hinkle, CTO at TRG Datacenters.