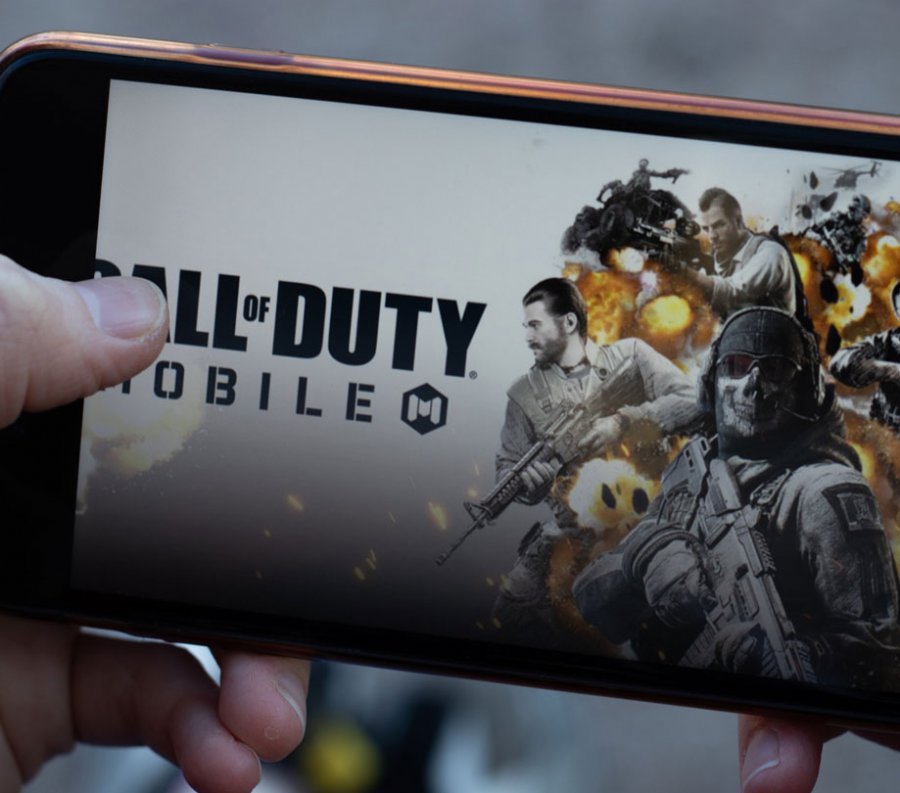 Alice Goncharova, head of marketing and PR at Apptica.com discusses the mobile market 2021 highlights of the year that shaped the market, what new names appeared, how industry giants cooperated to work on joint projects, and a lot more significant events and changes that shaped last year.

At the end of the year everyone was talking about the future and making predictions, but what about the highlights of 2021? Last year was rich in sensations, new names appeared on the market, and many industry giants cooperated to enhance their power or work on large-scale joint projects. Apptica compiled a selection of the most significant events, cases, and changes that shaped the whole mobile market last year.

Mobile market 2021: the highlights of the year

At the beginning of the year, Apple removed 39,000 unlicensed mobile games from the Chinese App Store in a single day. Earlier, in summer 2020, some games have already been deleted, but the January case became the biggest one-time removal ever.
The year did not start with exciting news, but later the mobile market experienced a Clubhouse boom. This platform was released in April 2020, but the peak of its popularity came in the winter of the next year. Clubhouse app had about 10.6 million installs in February 2021, but then the statistics went fdown.

Also, last winter simulation games first started showing growth, firstly in the amounts of money that players have spent on in-game purchases. Spoiler: at the beginning of 2022 mobile game markets will be flooded with games of this genre, so you can draw conclusions easily!

The most questionable news of last spring was the release of iOS 14.5 in April. Its App Tracking Transparency increased users’ security, but at the same time caused troubles for app developers and mobile marketers. For them, these updates made it impossible to have access to IDFA by default unless users agreed to share their data. The winner of this situation was Android: iOS privacy updates made advertisers shift their budgets to another platform.

This May Netflix shared its plans for entering the gaming industry for the first time. By that time, the popular streaming service had already created a mobile title based on its famous “Stranger Things” show, but still wanted more, so applied to experienced specialists to join their company.

Also, this spring interest in NFT and bitcoins has blossomed. The rise in the value of bitcoin reawakened attention to blockchain… and game developers that want to incorporate cryptocurrency in their products. As a result, some of the popular developers moved to the crypto side, and many players turned into investors.

What is more, at the end of spring, Jim Ryan, the CEO of Sony Interactive Entertainment, announced the upcoming launch of the company's most successful PlayStation franchises on mobile.

In July Garena Free Fire reached 1 billion downloads on the Google Play store. The game developed by Singapore-based Garena studio became the first game in the battle royale genre to surpass this mark.

Later this month the legendary Talking Angela game was back…and quickly gained lots of downloads. By the end of July My Talking Angela 2 took 1st place in top charts of several countries and had more than 24 million downloads only on Google Play.

Speaking of the world’s leaders, summer 2021 was full of partnerships and deals between industry giants:
Vungle and JetFuel;
Homa Games and GameAnalytics;
Xsolla and Devcom;
Azerion and Delta Projects;
TapNation and Adverty;
Huawei and CrazyLabs;
Tenjin and Huawei ads;
CrazyLabs and Firescore;
Zynga and Chartboost;
Rovio Entertainment and Ruby Games;
Voodoo and Storms;
Voodoo and Electric Manta and a lot more.

Despite the September iOS 15 release that deprived marketers of the opportunity to receive important data on users and their activity, there were no more unpleasant events this fall.

As usual, this season was overflowing with new releases and records. First of all, TikTok has shown incredible results: it has surpassed the mark of 1 billion active users in a month.

During the fall lots of new mobile games were released. KRAFTON studio released PUBG: NEW STATE, the new battle royale of the popular franchise. And it was an accurate shot: the new title crossed 20 million downloads in just 5 days.

The mobile market has also been replenished with two augmented reality games by Niantic studio: Pikmin bloom in partnership with Nintendo and Fold AR together with the bitcoin rewards company Fold.

Also six months after announcing its will to expand to the mobile gaming industry, Netflix company rolled out its own games. The First 5 mobile titles hit Google Play in November.
Another Netflix product, Squid Game, without doubt, the biggest sensation of the entire season, caused a true fever: mobile games and applications based on the series flooded both stores insanely quickly (and many of them later turned out to be malicious).

This December Sneaky Panda, an Israeli development company, made a revolution in mobile games. It introduced a completely new “Luck-Puzzler” gaming genre that is supposed to be more challenging and put more emphasis on skill and strategy than familiar mobile games.

Also, we can definitely see that the global NFT-obsession went further: in the last month of 2021, many NFT-based games and projects were announced, and blockchain leaders said that they are ready to invest in them.

Of course, the end of the year brought us some new mobile titles as well. Call Of Duty: Mobile was globally released on December 16, and Call Of Duty: Warzone Mobile is announced to launch in 2022.

And last but definitely not least: Netflix has released more games (and certainly has a lot more to come in 2022). It's Asphalt Xtreme mobile title became the 7th game from a famous online streaming service.

It's been a pretty productive year, hasn't it?

2021 shook the mobile market with questionable measures, created lots of new trends, and returned the old ones. We definitely see that in 2022 the problems and tasks of the last year will be solved, but at the same time global trends, which are likely to change the world, will strengthen. Although now we can see some patterns and slightly (or rather strongly) emerging trends, there is still an element of surprise, and that is what we love the most about this fast-changing sphere.