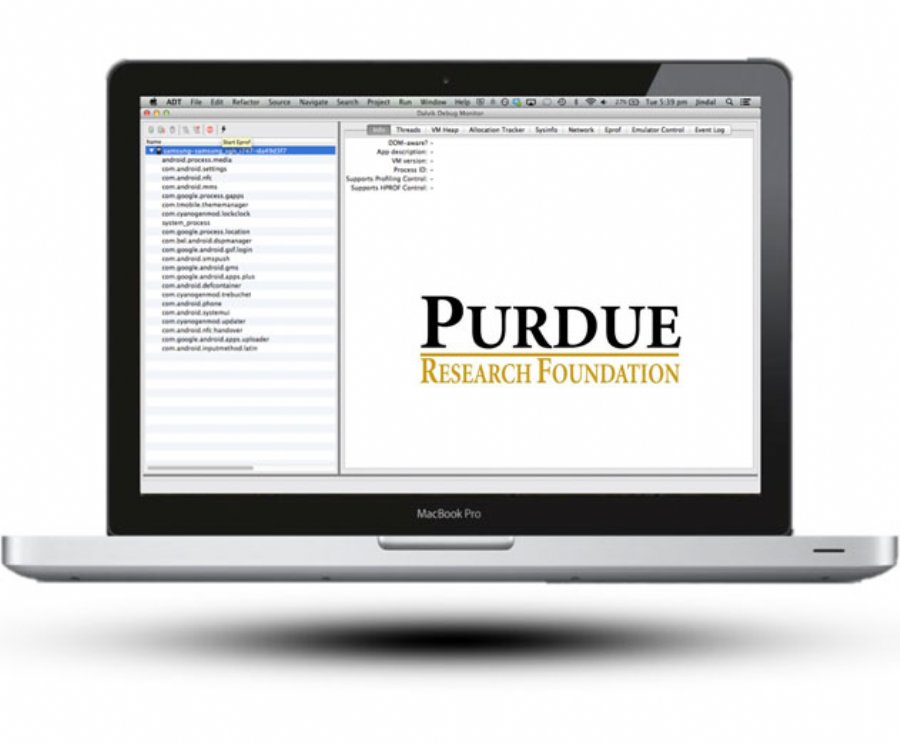 
17,294
Y. Charlie Hu, CEO and co-founder of Mobile Enerlytics, says his company could extend the life of smartphone batteries by helping app developers identify code that drains batteries quickly. As smartphone users continue to download and interact with more apps every day, smartphone batteries are going to drain faster when users interact with the phone, including when they touch the screen to manipulate mobile applications.
"There are two ways to address the problem of smartphone batteries draining quickly:  the first is to invent a better battery. Battery capacity, which is the amount of energy that can be packed into a fixed form factor, is reaching its limit," Hu said. "The other option is to make smartphone apps more energy efficient so they drain less of the battery.”
Purdue researchers have developed the technology that could help mobile app developers analyze millions of lines of code to identify "hotspots," or sections of code that drain most of the energy. The technology has been exclusively licensed to Mobile Enerlytics.
Hu, who also is a professor in Purdue's School of Electrical and Computer Engineering, first developed the technology in his lab at Purdue. One of Mobile Enerlytics' products is patent-pending software called Eprof, which helps developers pinpoint the energy hotspots in an app's source code.
"As mobile apps become more feature-rich, code easily reaches more than one million lines," he said. "My colleagues and I have found that a single line of code can create an energy hotspot. Sometimes simply changing the data structure or moving around a single line of code drastically reduces the resulting energy drain."
Mobile Enerlytics has launched Estar, a free, no-ads mobile app that shows smartphone users how fast different mobile apps in Google Play drain smartphone batteries.
"When a smartphone user starts Estar, it provides two options: to find energy-efficient apps in the app market or to stop power-hungry apps running on the phone," he said. "When the first option is chosen, Estar provides a color-coded, five-star rating system that shows how fast a smartphone app will drain the phone battery, in the foreground and in the background, relative to other apps in the same category. Estar also makes a daily recommendation of apps based both on popularity and energy ratings."
A demonstration is available at on the Mobile Enerlytics website.