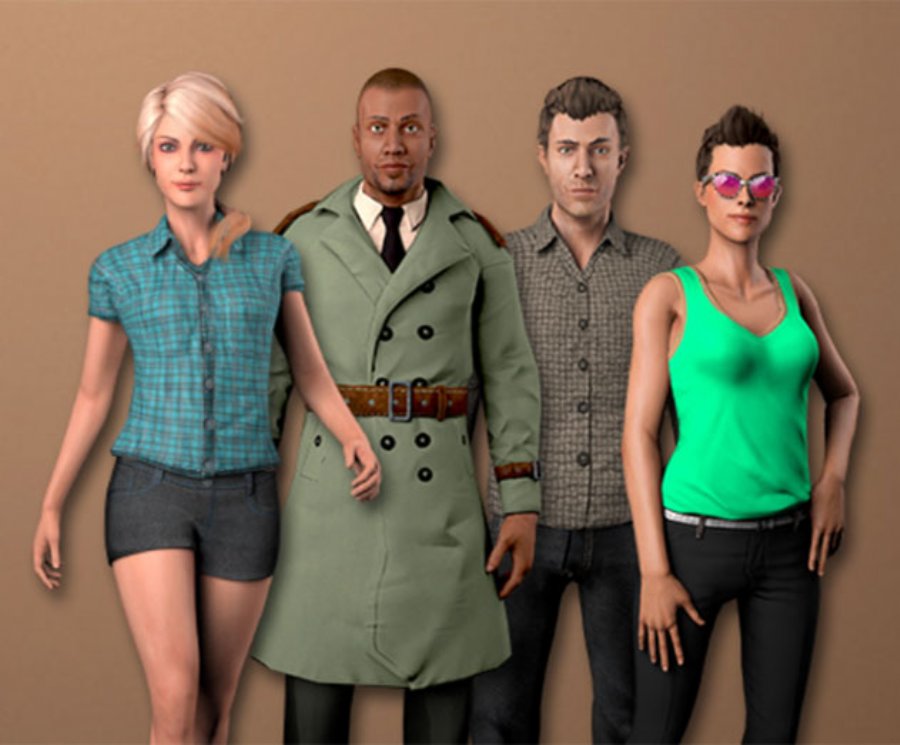 Upgrades to help artists create, rig and animate any 3D character in minutes

Mixamo, Inc has unveiled a series of major upgrades to its online, end-to-end solution for 3D character creation. The upgrades include the launch of Fuse 1.0, Mixamo’s character creator, with its all new import pipeline; new monthly subscription pricing of $150 for Mixamo’s ALL ACCESS program, and other new features.

“Mobile and indie games make up a growing portion of the games market. These games are usually developed more quickly than AAA titles and have smaller production budgets. Even larger PC and console titles are experiencing downward pressure on production costs. They all need cost-effective ways to speed up and simplify the creation process,” said Stefano Corazza, CEO and co-founder of Mixamo, Inc. “Since 2008, we’ve been developing a solution that democratizes the 3D character creation process for artists at all levels. And with the most recent updates to our patented technology, including the launch of Fuse 1.0, we can now offer an online solution that includes everything artists need to create highly detailed, fully rigged and animated characters in minutes.”

Mixamo’s entire online, end-to-end 3D character creation solution includes three main technologies: Fuse, Mixamo’s universal character creator; the Auto-Rigger, which rigs characters with weight painting in minutes; and a library of over 10,000 animations. Each solution can be used separately or together, depending on an artist’s needs. At GDC, Mixamo will update the full end-to-end solution with the following:

At GDC this year, Mixamo launched version 1.0 of its revolutionary universal character creator, Fuse. Previous versions of Fuse allowed users to browse through a vast number of meshes (arms, legs, torsos, etc) and texture choices (shirts, pants, etc) and “fuse” them together to create customized, high-quality characters in a matter of minutes.

Fuse 1.0 will include a brand new import pipeline that will now enable artists to import any full body model and to customize those models using the available meshes and textures in Fuse. The Fuse import pipeline will support industry standard .obj files created in most 3D packages.

“Our new import pipeline opens our end-to-end solution to the world of 3D artists. Fuse now becomes the first step in the Mixamo process for the creation of any user-generated content, not just content added to the library by Mixamo,” said Brent Jentzsch, Creative Producer at Mixamo. “Artists can now import unique IPs from games or characters from other 3D collections, and modify them, rig them and animate them, making the options for character creation virtually endless.”

The entire Mixamo suite - FUSE 1.0, the Auto-Rigger, the Animation Collection and Mixamo’s FacePlus facial animation technology - are available to artists when they sign up for an ALL ACCESS license. Prior to GDC 2014, an ALL ACCESS license cost $1499 per year. At GDC 2014, Mixamo also began offering monthly payments of $150/month.

The Decimator - Level of Detail Customization

As an added feature for both monthly and annual All Access customers, Mixamo is launching a new level of detail (LOD) online service. This service will allow artists to adjust the level of detail on their models before downloading that asset for use in game engines and gaming platforms. This standalone feature is not currently integrated into the other Mixamo products, and is being released at GDC 2014 as an early access technology to Mixamo’s All Access license customers only.