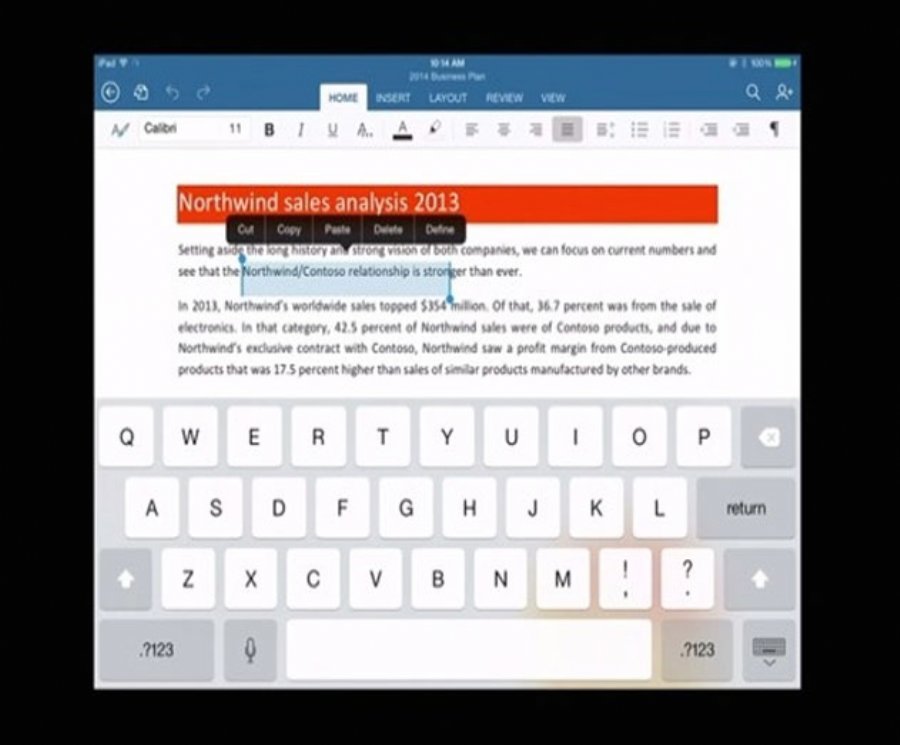 
2,718
It was bound to happen at some point, Microsoft has launched a first wave of Office products for the iPad that will go live sometime around 11AM PST. Word, Excel, and Powerpoint are the apps coming to the app store and are bound to be immediate favorites, especially for anyone in the Enterprise used to crafting documents and presentations with the tools.
Could it be too late for Microsoft, especially since Apple has given away much of it's own iWork suite? I don't think so, the mobile ecosystem is still so young and with Enterprise still catching up this might be just the shot in the arm needed to boost interest again in Microsoft mobile products.
Apparently Microsoft has been working on the idea of brining office to the iPad since it's introduction in 2010, and today is the day (did anyone else see this coming?). Now if we could only get Flash on it!
Stay tuned for some complete review coverage of the products, along with <gulp> pricing info..