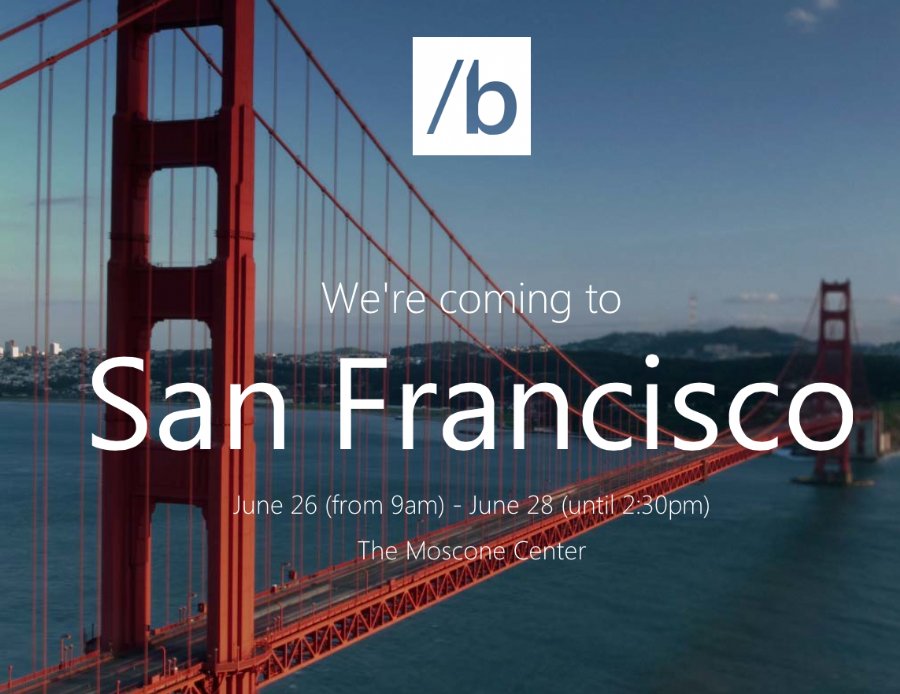 
1,135
Build is Microsoft’s developer conference for its Windows, Windows Phone, Windows Server and Azure platforms.
The company just announced that Build 2013 will take place June 26-28 at San Francisco’s Moscone Center.
Registration opens at 09:00am PDT, April 2, 2013 Early bird (first 500): $1,595 // Full: $2,095
As Steve Guggenheimer, Microsoft’s corporate vice president and chief evangelist, notes in today’s announcement, “it’s been a while since our last developer event in the Bay Area.” The last Build, which happened last October, right after the Windows 8 and Windows Phone 8 launch, took place in Redmond, where the company erected a massive tent on its sprawling campus to host a few thousand developers. Build 2011 was held in Anaheim California.
You can see all of the Build 2012 highlights on their website to get an idea of what to expect and how the event will roll.