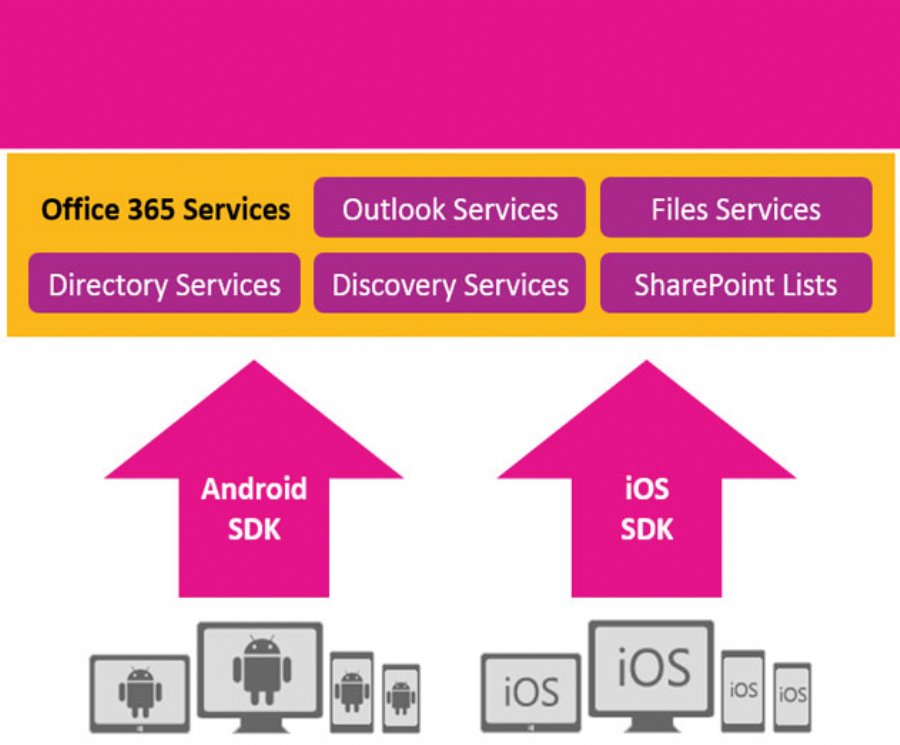 
10,668
Microsoft has announced has announced three new Office 365 capabilities for developers: 1) general availability of new Office 365 APIs for mail, files, calendar and contacts; 2) new mobile SDKs for native app development, and 3) visibility for developers’ apps through the new Office 365 app launcher.
The new Office 365 REST-based APIs for mail, files, and calendar allow developers to leverage the more than 400 petabytes of data and services across Office 365 in any application. The new iOS SDK and a new version of the Android SDK supplement the Visual Studio SDK for developers with the iOS SDK supporting Objective-C, with Swift support coming soon.
Android Studio developers can check out the new release of the MS Open Tech Tools plugin for IntelliJ and Android Studio which gives Android developers simple access to Office 365 services via the Android SDK, as well as Azure Mobile Services and push notifications, all from within the IntelliJ or Android Studio development environment.
The SDKs are modular, containing five independent packages:
- Outlook Services provides CRUD operations for mail, calendar and contacts stored in Office 365 Exchange Online.
- Files Services provides access to files stored in Office 365 OneDrive for Business accounts and SharePoint Online sites.
- Directory Services for access to users, groups and their properties via the Azure AD Graph API.
- SharePoint Lists providing access to lists and list items stored in Office 365 SharePoint Online.
- Discovery Services help developers determine the base URL for various services.
All of this functionality is provided by Office 365 REST APIs, which are exposed through the Android and iOS SDKs as well as other SDKs available for .NET and JavaScript/TypeScript developers.
Developers can now also receive greater visibility for their apps through the new extensibility of the Office 365 app launcher. The Office 365 app launcher offers a customizable single point of access in Office 365 for people to access the apps they use daily. Developers can now have their apps visible right alongside Outlook, Yammer or OneDrive.
More information is available at the Office Dev Center. Microsoft is also offering over 30 hours of free training for developers at on the site.