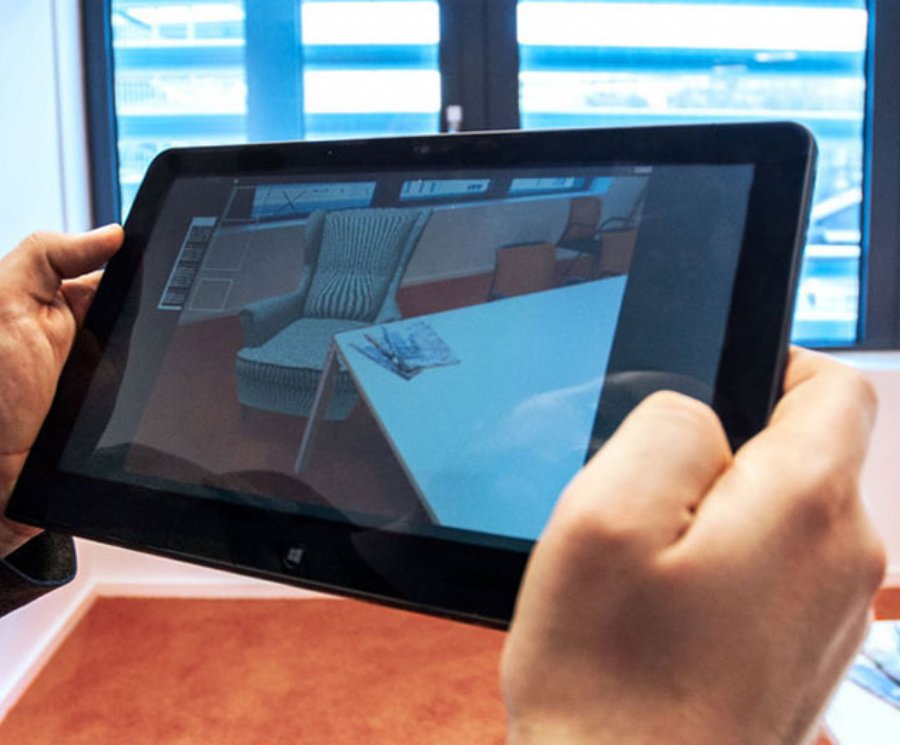 
11,787
Metaio’s has released details on its upcoming release of its Augmented Reality SDK for mobile app development including support for 3D depth-sensing camera systems via what are known as RGB-D (red, greed, blue + depth) sensors.
Metaio has released a video demonstrating the advanced Augmented Reality capabilities of two devices enhanced with depth-sensing cameras: A windows PC tablet, and an iPad featuring the new Structure Sensor from Occipital. The video illustrates how added 3D sensors make augmented reality much more powerful by virtually eliminating the need for markers in many use cases, and solving the “occlusion” problem where virtual data is not correctly rendered into the real environment in a natural way.
Use cases include augmented reality gaming where digital objects react and interact with the physical environment, accurate indoor navigation that does not require a GPS signal and scanners that can extract 3D models from the environment as easily as shooting traditional video.
Metaio’s new SDK 6.0  will be released in the next couple of weeks supporting iOS, Android and Windows PC. More information is available on the company website.