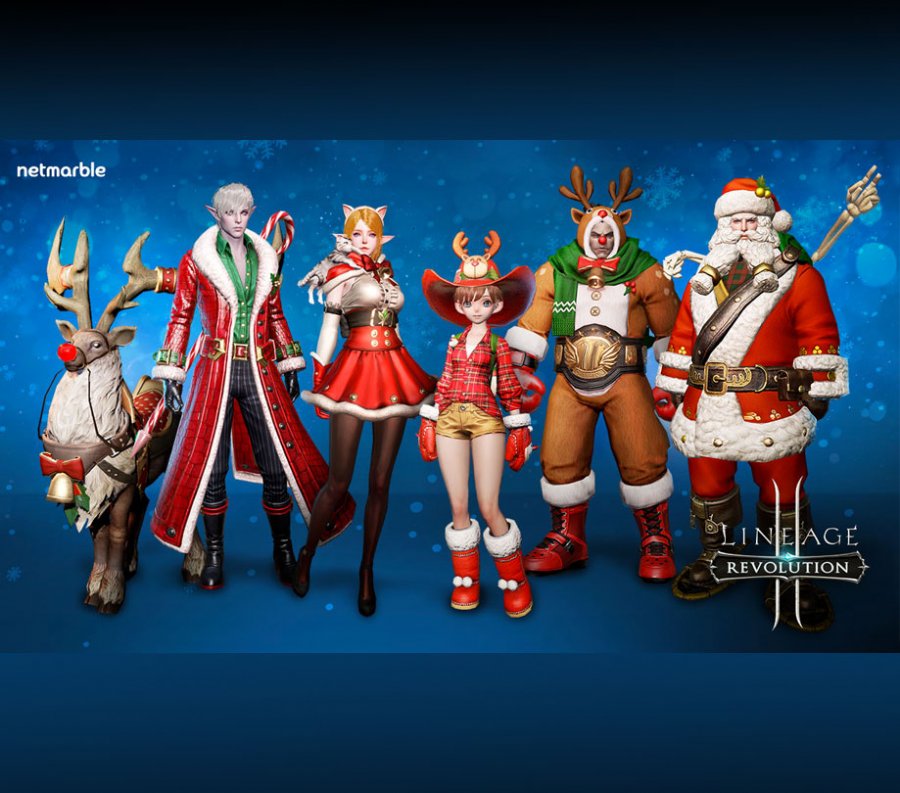 In celebration of the holiday season, the massive city of Magnadin featured in Lineage 2: Revolution is getting a Christmas makeover with themed decorations adorning the city’s streets. Additionally, a new ‘Rudolph’ mount and an all-race ‘Santa Claus’ costume are available, allowing players to dress their elves, orcs and even dwarfs as the jolly man himself.

The Temporal Rift has received an update as well, with a third party dungeon, ‘Temple of Creation’, added. Players will need to cooperate with other parties to participate in strategic play, completing certain conditions and quests to battle with Magical Monsters and clear each stage.

It’s the season of giving and Lineage 2: Revolution has added a year-end item exchange. Players will receive snowballs during gameplay that can be exchanged for special items, including the Rudolph Summoning Stone, Santa Costume and Blessed Scroll Selection Box.

Players will also be happy to discover that the difficult to acquire Red Rare Equipment will be available during a limited time giveaway! All players will receive a box of exclusive magical monster armor attributes which provides Red Rare Equipment at random when logging in after December 17.