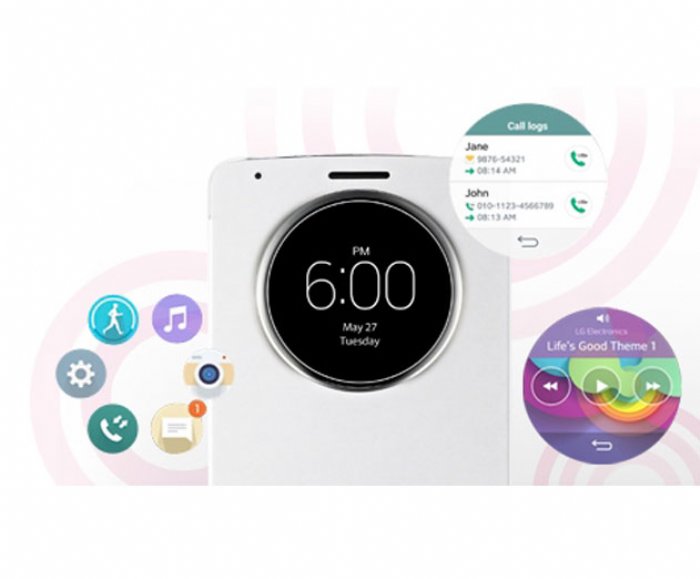 
2,945
LG Electronics has announced the availability of its new QCircle and QPair SDKs, enabling Android developers to hook into UI features unique to the LG G3. Joining LG’s QSlide Function and QRemote SDK, which are also based on features inherent to LG devices, the LG QCircle and QPair SDKs provide a new opportunity for developers to tap into LG’s G series smartphones for an enhanced user experience
The LG QCircle is a new folio case that lets users receive and interact with basic functions of their smartphone directly from the round QuickCircle window, without having to open the case. With the new LG QCircle SDK, developers can enhance their apps with this redefined UX, making their apps compatible and directly accessible from the QuickCircle window.
LG QPair is a feature that provides a seamless environment, using a Bluetooth connection, between Android phones running Android 4.1 or later and LG tablets. With the QPair SDK developers can create apps that run over the QPair connection. For example, calls can be received, messages can be sent and SNS can be updated on one device while simultaneously being synced with other devices.
During the upcoming Google I/O conference, LG will showcase the LG SDKs during the second annual LG Developer Event on June 24 from 6 p.m. – 9 p.m. at the W Hotel in San Francisco. During the evening event, LG mobile engineers will provide technical talks and walkthroughs of these and other LG SDKs.