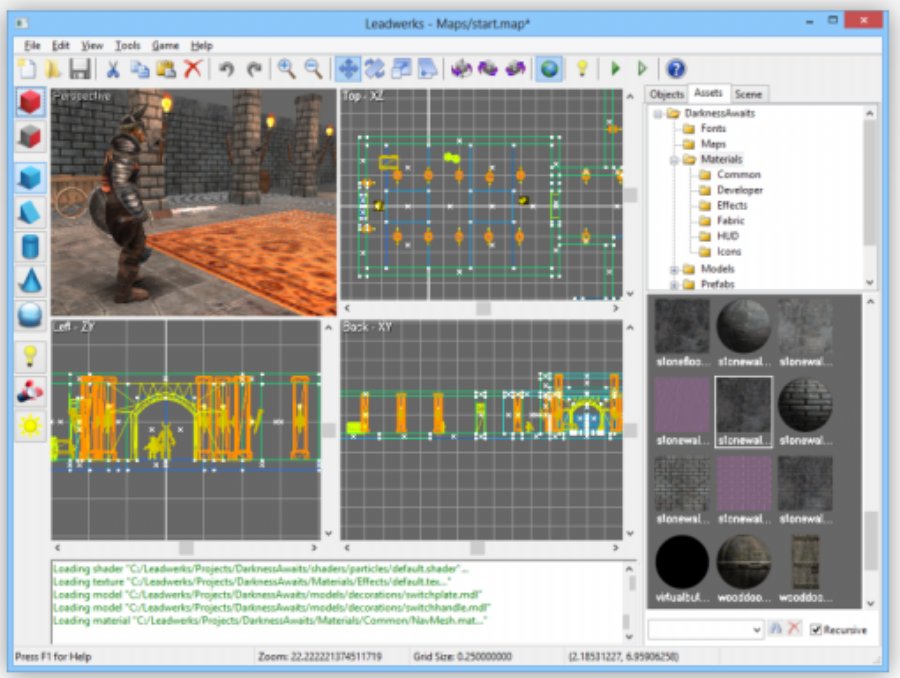 
3,399
Leadwerks Software today announces today Leadwerks 3, their new development platform for building mobile games with native code. Based on the technology developed for their successful game engine for PC, Leadwerks 3 brings a totally new approach to mobile game development. Applications built with native code are optimized to work with each platform. Games written with Leadwerks will run faster and be more powerful than their managed code counterparts.
While environments such as Unity and MonoDevelop use managed code - that is, code that is designed to be easily run on multiple devices - Leadwerks uses an approach called native code. Applications built with native code are optimized to work with each platform. That means games written with Leadwerks will run faster and be more powerful than their managed code counterparts.
Mobile is growing rapidly, but there still exists a gap between mobile gaming and the larger game industry, which has traditionally focused on consoles. Professional game studios overwhelmingly favor native code because of its speed and flexibility. By focusing on the standard the game industry already uses, Leadwerks provides both professional studios and indie developers with an easy pathway into mobile. Games written in C   can be ported to Leadwerks 3 without having to rewrite them in a new programming language.
Leadwerks 3 brings some innovative new approaches to the table:
* The editor features tools for building game levels using a technique called constructive solid geometry. This streamlines the process of creating games, and makes it easier for artists to see what their games will look like as they build them.
* Leadwerks 3 uses automatic asset conversion. This means that images and objects can be reloaded on-the-fly, so an image can be modified in Photoshop and the result will show up in the editor right away. This removes tedious steps from the game development workflow.
* AI is supported out-of-the-box. The traversable areas AI can travel within are highlighted in the editor as you build your game level. Pathfinding is dynamic, meaning that if a door opens or a drawbridge lowers, the AI is smart enough to take the new routes that appear.
* The script language Lua is also supported, and can be combined with games written in native code. Scripted objects can be linked together in a visual flowgraph editor. This makes it easy to set up game interactions, something that can be a challenge when working with development platforms based solely on code.
Leadwerks CEO Josh Klint said that "Leadwerks 3 is a big step forward for our company and our users. We're bridging the gap between mobile gaming and the traditional game industry." The product received a favorable response at the GDC 2013 expo. "C   is the game industry standard. Our market research at GDC 2013 revealed a huge demand for a cross-platform game engine built on native code. We found the design philosophy of Leadwerks resonates with a lot of developers."
Leadwerks 3 can be purchased from the company's website for $199 USD, with add-ons for iOS and Android publishing available separately. A source code license is available for professional studios. A 30-day trial can be downloaded from the company's website.