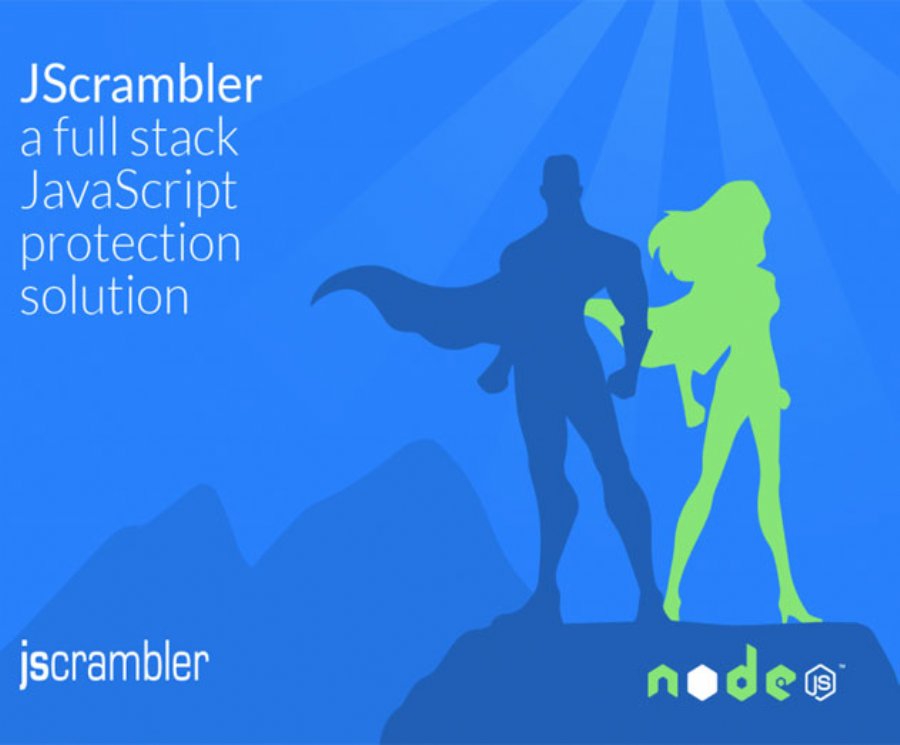 
11,815
JScrambler, a web application security company, has announced the release of JScrambler 3.6, the latest version of its HTML5/JavaScript protection service.
With this new version, Node.js applications are now supported, making JScrambler a more complete solution to protect JavaScript source code from the client to the server. This release was fully tested with Node.js related libraries such as Express.js, Koa and Socket.io. Plus, it ships with a Node.js API client, and wrappers for Grunt and Gulp task runners.
Having exerted effort, time and money, firms sometimes are negligent regarding risk of the code being leaked to a third party. Competitors may inspect the code and become encouraged to create a copycat product. Clients may also hack the code, unlock features or simply pirate it.
Also, while there are many advantages in using Cloud/shared Hosting uploading web apps on a virtual server doesn't come without pitfalls, such as possible server outage, possible hacking and illicit access. By protecting the code, an extra layer of security is added, so that if the code does end up in the hands of others, they will not be able to re-use it.
JScrambler also provides code optimization transformations that make code smaller and faster to load. Code transformations are tweaked and optimized according to application type and performance requirements. For instance, mobile web apps cannot undertake the same degree of obfuscation that a standard JavaScript application running on a powerful CPU can.
JScrambler provides:
Minification and Compression: Removes all unnecessary characters from source code without changing its functionality.
Optimization:  Optimizes the code in terms of computational performance, but this technique is not meant to provide any protection to the code.
Obfuscation: Consists in the transformation of the source code, making it harder to understand without changing its original functionality.
Code Traps:  Set of checks throughout the code that forces the application to execute only in certain domains, OS and browsers. It also makes the code expire on a set date.
Self Defending:  Provides JavaScript applications with self-defending capabilities, offering them extra resilience when under tampering attacks.
JScrambler is offered as a free trial for developers who would like to try out the service.