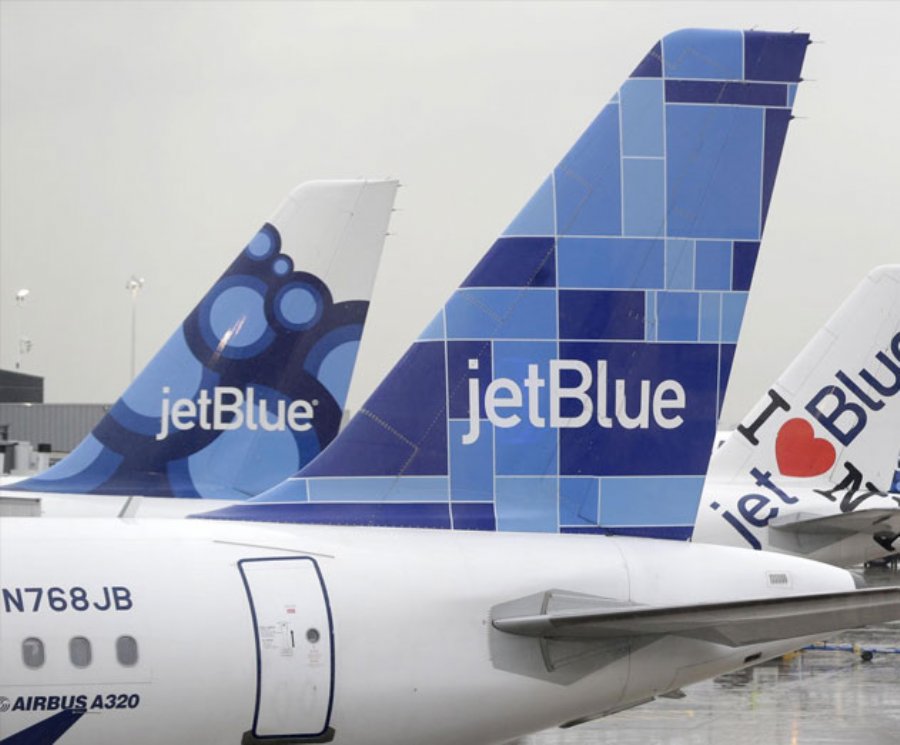 JetBlue announces FlyFi but what are the risks


8,128
NordVPN explains some security issues with in-flight Wi-Fi, and describes safety measures to protect travelers’ privacy
American airline JetBlue announced that it will provide free satellite Wi-Fi, called Fly-Fi, on all of its local flights. According to the company spokesman, it’s 2017 and it’s impossible to ignore the fact that people “expect to be connected everywhere.”
Worldwide, there are currently more than 70 airlines that offer on-board Wi-Fi – but none of them have offered a free Wi-Fi connection up until now. In-flight Wi-Fi is typically known for being slow and expensive. JetBlue is hoping to change that by launching a hotspot that is free and fast (up to 20 Mbps). This will allow passengers to stream movies, and to use multiple devices at the same time. The connectivity will start at the departure gate and will end upon the arrival gate.
JetBlue’s move towards free and fast Internet is an exciting development. However, it brings attention to another factor: the privacy and security of any public Wi-Fi network.
While the threats of the usual open Wi-Fi are already well known, the security issues of an in-flight Internet connection are still somewhat obscure.
First, there's no password protection on the Wi-Fi connection, so anyone could potentially intercept personal data that’s being transmitted on a wireless network. Airplanes are unique hacking grounds – more dangerous than airports or coffee shops, as they cram passengers in one small space for hours. This gives plenty of time and opportunity for hackers to access all data that’s being transmitted over open networks. Passengers who do online banking, shopping or business emailing are especially vulnerable to identity and data theft.
Certain devices can also be misused for hacking purposes – for example, WiFi Pineapple which is small enough to be stored in someone’s carry on, can be used to pose as a Wi-Fi connection – so when a user connects to Wi-Fi, they may actually be connecting to a device that is used to steal their personal information.

How can airplane passengers protect their data?

1. Designate network as Public. First, a traveler gets to designate the Wi-Fi network as Home, Work or Public. Those who choose Home network show that they trust all the people connected to the same network - which should not be the case on an airplane full of strangers. Work network should be used for a private group at work. So the safest option for airplane passengers is Public network setting - as this option is created to make sure it’s not visible by other computers.
2. Avoid fraudulent networks. Secondly, travelers have to make sure they are connecting to the Wi-Fi network offered on the flight, and not a look-a-like network with a similar-sounding name that might be spoofed.
3. Use a VPN. Besides these local precautions, the best and most effective way for any traveler to protect their data is to use a VPN. A professional VPN service encrypts all the traffic flow between the Internet and a device and helps hide an IP address. If you are a beginner, it’s best to choose a VPN that’s user-friendly. That’s all it takes to hide your IP address and to start safe browsing. Beware of free VPN service providers that typically rely on third party advertisers to cover the costs. Often, they are free proxy services, marketed as VPNs, when in fact proxies are not encrypted (they just change your IP address, but do not hide/encrypt it).
4. Use other precautions for safe Internet. Besides using a VPN, travelers should use antivirus, firewall and anti-spyware and automatically update their software. In addition, all Internet users are advised against opening links and attachments emailed by unknown senders, and to stay generally vigilant when going online.