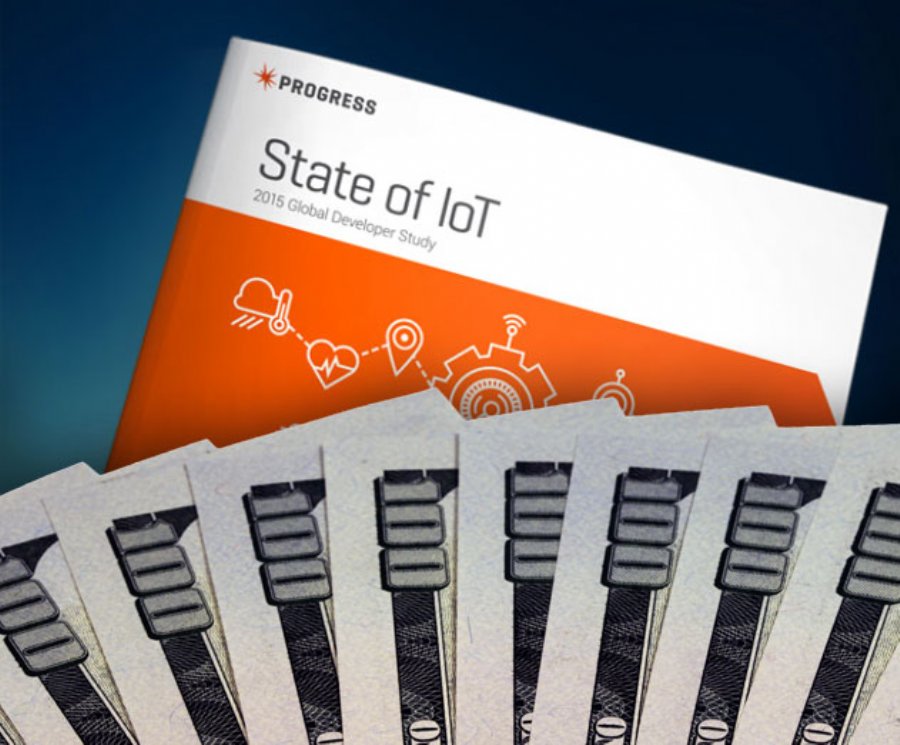 
4,466
Progress has announced the results of its latest IoT industry survey, showing 65 percent of Internet of Things (IoT) apps in production today are generating real revenue. The study was conducted in conjunction with Harbor Research and also found that developers expect this revenue figure to rise to 80 percent by 2018. The industries that currently lead in IoT development include smart homes, wearables, automotive and sports/fitness.
The survey took place during January and February 2015, receiving responses from 675 application developers polled from the U.S., the U.K., Germany, France, Sweden, The Netherlands and India. Of those app developers surveyed, 45% are developing IoT apps. Developers based in the U.S. are developing the highest number of IoT apps (58%), followed by The Netherlands (50%) and Germany (43%).
When asked which industries are key to IoT app development, research respondents cited smart homes (19%), wearables (13%), automotive (11%) and sports/fitness (11%) as the primary markets. They also named these industries as having the highest IoT app revenue today. The public sector was at the bottom of the list (4%).
The study also shows that there could be a shift in emphasis in the next three to five years, with app developers expecting healthcare (14%), smart city (13%) and automotive (12%) as the top three industries for IoT app development and revenue generation. Public sector also rises to match today’s wearables market (both 8%).
Developers have cited Android as the best operating system (OS) for building apps for IoT devices (29%), followed by Windows (24%), Linux (21%) and iOS (16%). Java proved to be the most popular platform/language used to collect and integrate data from the server side (55%), followed by PHP (17%) and Node.js (12%). Of respondents, 40% always or usually use a Rapid Application Development (RAD) tool to build apps, rather than building from scratch.
On the topic of security, the study shows that security and personal privacy, data privacy and protection from malicious attack, and general integration and data management are the top challenges in designing, deploying and engaging customers with IoT apps. Respondents also indicated these are the biggest challenges in monetizing IoT apps.
Survey respondents believe commercial vendors (31%) and the open source community (24%) have the greatest power to help overcome these top challenges. They have less faith in the potential contribution from government (8%) or industry bodies (7%).
77% of respondents consider the IoT opportunity exciting, many still feel they are lacking the necessary technology, skills or tools as is seen by the following:
- 50% of developers don’t have or are unsure if they have the necessary technology today to deliver on IoT expectations.
- 50% of developers are unsure or definitely don’t have the necessary skills and resources today to deliver on IoT expectations.
- 45% do not feel they have the technology tools to gather, analyze and use contextual data from sensors.
- 30% experience data overload and feel overwhelmed trying to manage it all when managing data sets for contextualized IoT apps, for example, location-based.
The full report is available on the Progress website.