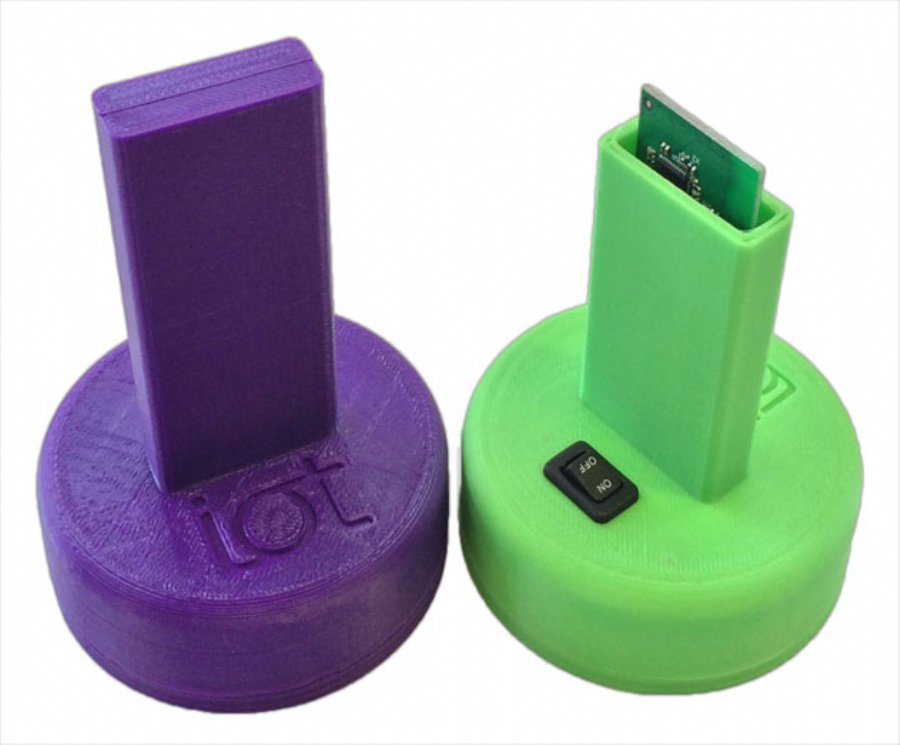 
4,100
The IoT Design Shop at Finger Food Studios has announced the release of their iBeacon Development Kit to help developers experiment with iBeacon and related Bluetooth LE technologies.
The kit includes an AAA-cell powered development beacon which is fully configurable to allow unique iBeacon ID's and custom power and broadcast characteristics. Additionally, tutorials are provided which demonstrate the Bluetooth LE systems for configuring the beacon as well as reference code for apps that can harness the iBeacon protocol in iOS.
According to Trent Shumay, CTO of the IoT Design Shop, "Our goal for the product is to level the playing field and provide a concrete example of a reference platform for developers that may not have access to the hardware or firmware infrastructure to create iBeacon devices for themselves. It's certainly possible to deploy these beacons in a production environment as well for simple applications in retail, automation, or security."
The beacon's retail for $49.99 CDN and are available in a variety of colors. A minimized production version of the beacon is scheduled for release in April 2014 to allow developers to streamline their production deployments. The production beacons will be firmware-compatible with the iBeacon Development Kit so that all research and work done against the kit can be directly deployed to production.
The IoT Design Shop is an internal start-up at Finger Food Studios. Specifically created to address the emerging Internet of Things (IoT) market, the group is composed of software, hardware, industrial design, and business development experts. The group complements the App development lineage of Finger Food Studios by providing specific product solutions for IoT markets such as wearables, bluetooth proximity, indoor location, and remote sensing applications.
For more information visit the link below.