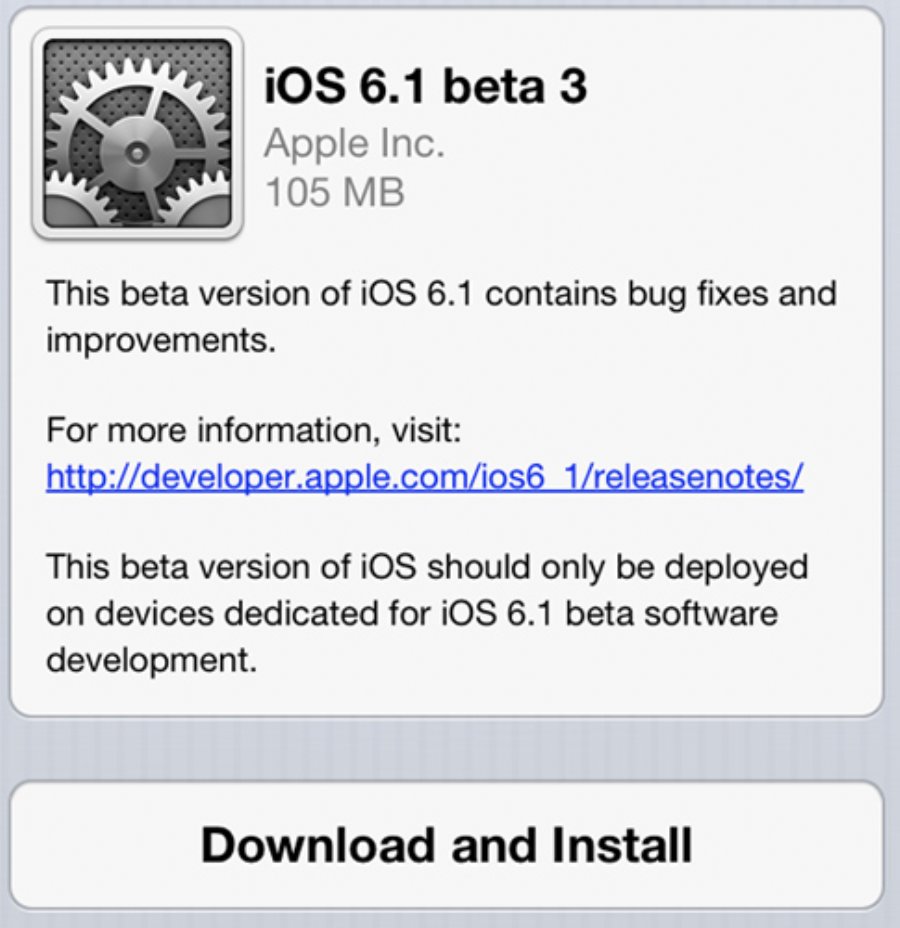 
1,117
Attention apple developers, Apple is never going to let you relax! The are getting closer to the full version of the new iOS 6.1 operating system with today's announcement that 6.1 Beta 3 is available for registered developers to download.
The iDevices that are compatible with iOS 6.1 beta 3 include the iPad 4, iPad mini, iPad 3, iPad 2, iPhone 5, iPhone 4S, iPhone 4, iPhone 3GS, and the fourth and fifth generation iPod touch models.
So far digging through the 6.1 release notes again I don't see anything that has changed from the last beta announcement to developers. My guess is the release has more bug fixes instability built into it then it does actual API or SDK changes. The full release notes are available on the Apple developer website after logging in.