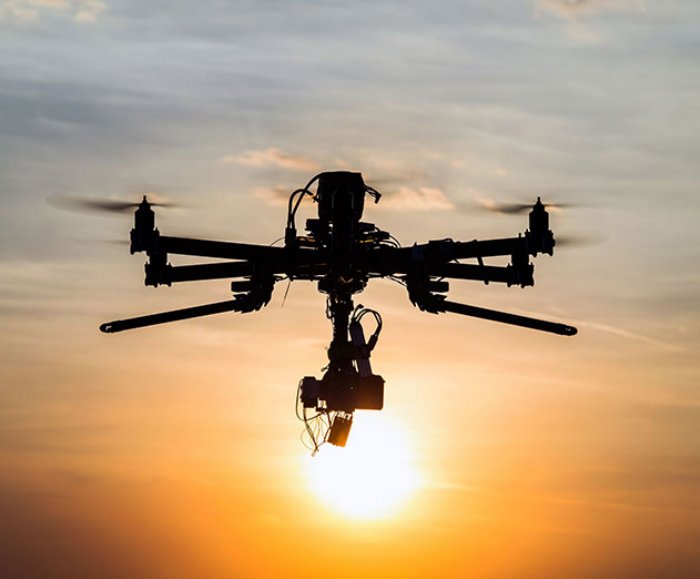 How drones will be used everywhere, and why developers need to take a second look at the opportunities.

Just when many investors are running for the exit, having burnt their fingers with toy drones and the like, IDTechEx reveals a much bigger picture with considerable potential for the level-headed. The new IDTechEx report, "Electric UAV Drones: Autonomous, Energy Independent 2017-2027" invites developers, and software engineers to consider the trends to larger drones increasingly with autonomy of navigation, task and energy.

As drones will become more and more a frequent sight, balance of autonomy between navigation, task and power is what all developers should keep in mind when planning and executing their designs. Drones are overcoming problems of direct human involvement in dirty, dangerous, boring, slow and imprecise operations that need to be done better and they will even be used for currently impossible tasks. IDTechEx forecasted the price collapse of toy versions but we reveal the huge opportunities in specialist hardware and most software and services elsewhere.

One key insight that the report talks about is how drones of all sizes are receiving billions of dollars of investment directed towards military small ones that will swarm and large ones doing surveillance and communications from the upper atmosphere. As Facebook has something similar that will deliver the internet and multi-billion dollar markets in hardware emerge, the application of drones into real world problems is becoming an ever more interesting subject.

The report finds that swarming theory and endowment of curiosity will transform security and other applications. For instance small drones will investigate intrusions into secure areas such as ports and collaborate to investigate and control the situation. Virtually all civilian drones are electric but the minority of military ones that are electric is increasing now swarming drones are being launched from aircraft and other options investigated.

The report presents densely packed but easily understood Powerpoint infograms, forecasts and roadmaps involving over 400 players with the most significant work identified using a profusion of images. There is an executive summary with the technology and evolving uses crisply explained followed by comparison of players, market forecasts and roadmaps. The market forecasts are for six drone categories and encompass numbers, prices and market values. Forecasts by others are presented for comparison. It's also interesting to note that for those wanting even more on specifics, there are related reports on robotics, electric vehicles, agribots and so on and all IDTechEx reports have 30 minutes of free consultancy attached.