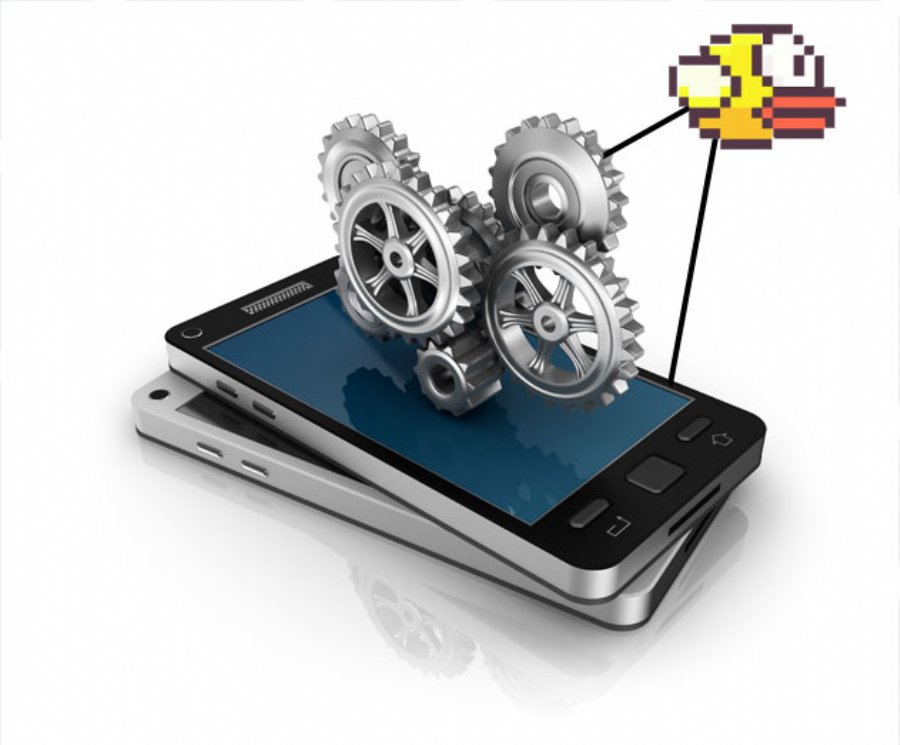 How Long Does It Take To Make a Flappy Bird Clone


4,889
When the developer of the original Flappy Bird game announced he was removing it from the app store, you could almost hear the keyboards hammering away around the web with posts in job forums, and developer groups looking for programmers to clone the app. Now that it's been a couple of weeks removed there are at least 25 different clones in the iOS and Android app stores - ranging anywhere from blatant knock-offs to more creative ideas like a flying superhero that you have to navigate through obstacles.

No doubt the game play is addictive, but just how hard is it to actually develop an app with similar functionally? The answer might surprise you - about 4 hours. Given the consideration that doesn't include any real artwork or original design, but in about 4 hours you can have a (from scratch) version of the gameplay.

The entire concept is actually very simple. You have obstacles that you must pass through to get a scored point. Each obstacle has a certain gap in the middle and are created at a timed interval, and is moved in the background. The character in the game is effected by gravity and pulses in negative gravity as you tap the screen (listener event here). Throw in a simple score keeping database and bam - you have a clone game engine! Most of this can be hammered out pretty quickly using objective C, Corona, or even Unity.

While it might only take a few hours to create the actual game logic, creating a game that will be visually appealing enough to entice someone to download it is a different story. Plus there are alot of little tweaks you have to do to the game to get the feeling just right. To create something really unique with new artwork and a new theme would likely take inside of a week but hey, small price to pay for an app that could potentially make $50,000 a day right?

The first round of copycat Flappy apps will by-in-large be junk and just mimic the gameplay of the original, which I think people will eventually get sick of. Round number 2 though (the real clone wars) will be those apps that are using a similar game engine but have something original to offer in the app - not just another clone..