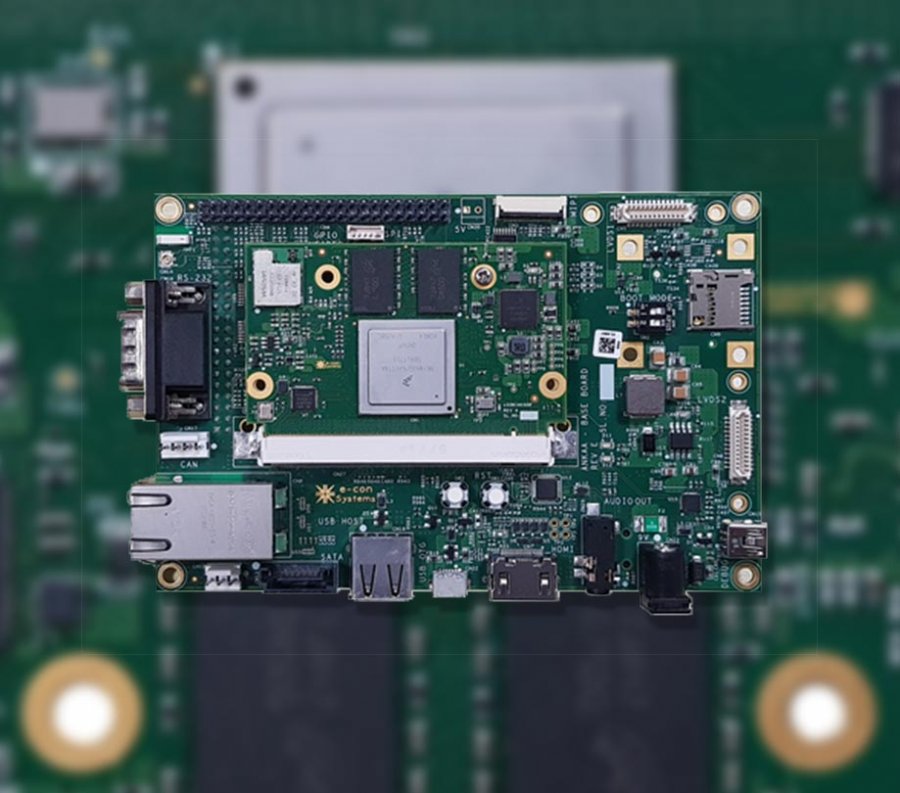 eSOMiMX6PLUS System-On-Module is based on NXP’s QuadPlus ARM Cortex A9 Processor running up to 1.2GHz, featuring 3 high speed Camera interfaces with support for 13MP Camera and supporting 802.11 ac Wi-Fi network.

eSOMiMX6PLUS is a ready to use System-On-Module using Quad Plus or Dual Plus ARM Cortex A9 Processor running up-to speeds of 1.2GHz. This System-On-Module encompasses eMMC Flash whose capacity ranges from 4GB to 64GB and 64-bit DDR3 with capacity as low as 256MB to as high as 4GBytes. e-con’s i.MX6 System-on-Module is available with Linux and Android BSP.

“With the latest eSOMiMX6Plus version in the eSOMiMX6 family, e-con covers the entire spectrum of low-end single-core eSOMiMX6 System-on-Module to the most powerful quad-core version of i.MX6 SOM with even higher graphical performance and memory capacities, all in the same form-factor”, said Ashok Babu, President of e-con Systems.

eSOMiMX6PLUS integrates Processor with the ARM core with its necessary memory and connectivity option in a small form factor. As part of the “Productized Services” program of e-con Systems, the eSOMiMX6PLUS is aimed at reducing the time-to-market for our Customers by making use of the stabilized and ready-to-market eSOMiMX6 modules in the customer applications such as but not limited to Portable Data Terminals, Navigation, Auto infotainment, Industrial Control, Wireless Streaming, etc. eSOMiMX6PLUS modules with various configurations and OS support will enable our customers to focus on their Application design rather than spending large unnecessary engineering man-hours involved in CPU/memory subsystem design.