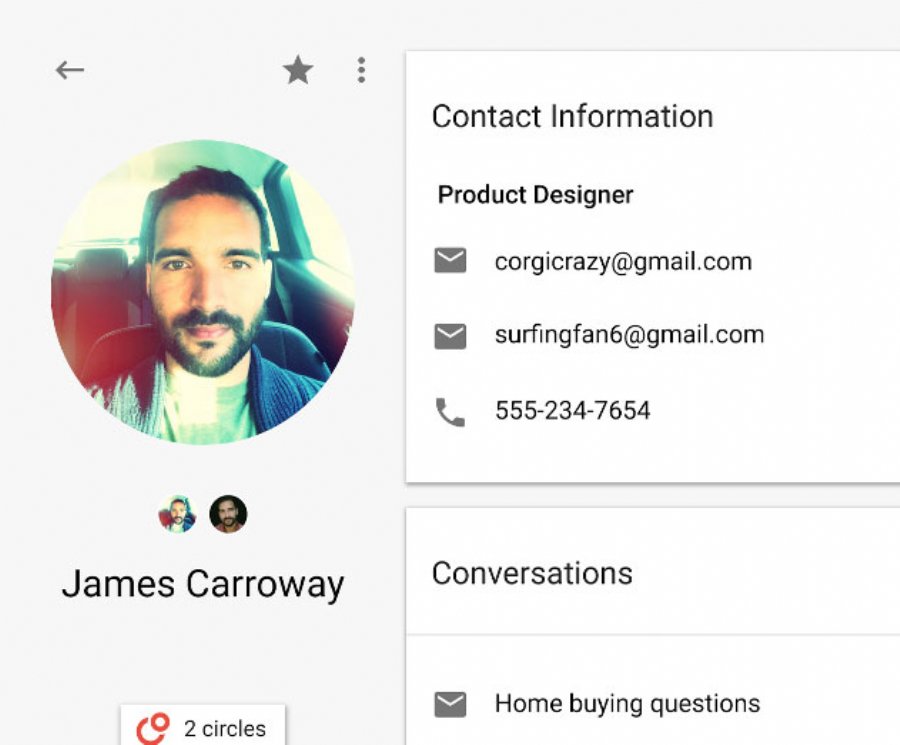 
9,779
The Google Android dev team has release a new People API that allows Android developers to retrieve data about an authenticated user’s connections from their Contacts. Prior to the new API, developers had to make multiple calls to the Google+ API for user profiles and the Contacts API for contacts. The new People API uses the newest protocols and technologies and will eventually replace the Contacts API which uses the GData protocol.
The API is built on HTTP and JSON, so any standard HTTP client can send requests to it and parse the response. Applications need to be authorized to access the APIs so developers will need to create a project on the Google Developers Console in order to get the credentials need to access the service.
In addition to merging data from multiple sources and APIs into a single cohesive data source, the new People API also exposes additional data that was not possible to get before, such as private addresses, phone numbers, e-mails, and birthdays for a user who has given permission.