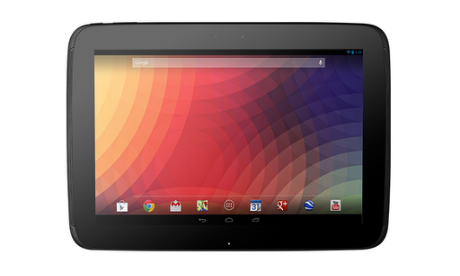 Google's latest Nexus-branded tablet, the Samsung-made Nexus 10, is as impressive in the flesh as its specs are on paper (well, blog post).

It's light, with an excellent screen, powerful processor, and a strong suite of Google apps and services. And the apps? Well, that's traditionally been something of an Achilles Heel for Android tablets.

This hasn't gone unnoticed by Google's fiercest rival, with several Apple keynotes including segments where executives gleefully compared iPad's large catalogue of native apps with some of the worse examples of Android's blown-up smartphone apps pretending to be tablet software.

The Nexus 10 is one of a new breed of Android tablets that deserves better: it needs more high-quality native apps made by developers other than Google, to match the quality of its hardware and software.

"The Nexus 10 is a world-class device that we think will be really successful, so we want more people to take advantage of the tools that Android provides for developers to think about what their tablet experience is."

I spoke to Hamilton the morning after Google unveiled the Nexus 10 alongside its new Nexus 4 smartphone, and an improved version of its existing Nexus 7 tablet with more storage and cellular connectivity.

The obvious question: will more developers invest more resources in making apps for Android tablets, rather than just blowing up their smartphone versions.

It's a chewy question, because developer support is about more than slinky devices going on sale. It's about whether they think they'll make money: whether they'll make enough of a return on their investment to justify the time and cost.

Hamilton says the tide is turning, and while you might expect him to say that, he's not grandstanding when he suggests developers are thinking harder about how to make better Android tablet apps.

"We're starting to see some developers doing that, but we really hope that all developers will," he says.

"We actually think that the Nexus 7 was the tipping point and this [the Nexus 10] is pushing it further. The Nexus 7 was the point when people said 'Y'know what? We should be making it rock on those devices'. We are seeing the smart Android developers move quickly towards great tablet experiences, which sometimes means rethinking their apps."

Hamilton says he's seeing more Android developers thinking about tablet development not just in terms of supporting a bigger screen, but also taking into account different usage habits for tablets: where they're used, how they're used and what they're used for.

"We've had longer to think about how people interact with phones, and fantastic developers have been building mobile apps for a long time, so they've been able to use their experience," he says.

"Nobody's got as much experience of tablet devices, but that's going to change as we understand more about users."

That applies to Google itself, and the way the Android software is evolving. One good example is the option in the latest 4.2 software to set up multiple users on a single tablet, then switch between them.

A simple feature, but recognition that in many households, several people are sharing the same tablet – something that Apple has yet to build into iPad's iOS software.

"For some people, it's good because they've got their Gmail on there and want to keep it private and secure. Other people get upset because their high scores in their favourite game get messed up when somebody else plays it," says Hamilton.

He also enthuses about the other new features in Android 4.2, such as its stripped-down camera interface; the Photo Sphere 360-degree photography feature; placing widgets on the device's lock screen; new cards for the Google Now app; and Swype-style gestural typing on the native Android keyboard.

It's very impressive, if you want to tinker. But how is Google walking the line between helping people who want to customise their Android device – geeks like this writer and most of the people reading this piece – and everyone else? Remember, the majority of those 1.3m Android devices being activated every day aren't being bought by geeks.

Hamilton describes Android's growing customisation features as "fine-tuning for people who want to do it", and accepts that it shouldn't be necessary for those who don't.

"We want to build a really fluid and immersive experience for everyone, whilst recognising that for a lot of people, this device is like your desk. This is something that you want optimised: you don't want things in the wrong drawer," he says.

"Think about how annoying it is when you sit at someone else's desk for a day. It's the same with smartphones. Hell is using someone else's phone, and that's why multi-user and customisation are important. They go hand-in-hand."

Well, they do on Android tablets: for now, the multi-user option isn't available on Android smartphones, which Hamilton sees as more personal devices. That said, Microsoft's innovative Kid's Corner feature in Windows Phone 8 shows there's scope for sharing on smartphones too.

It's clear that Google is ramping up the pace of evolution for Android, in response to both usage data and the capabilities of the devices. While that process continues, the company will be hoping more developers supersize their Android tablet ambitions accordingly.