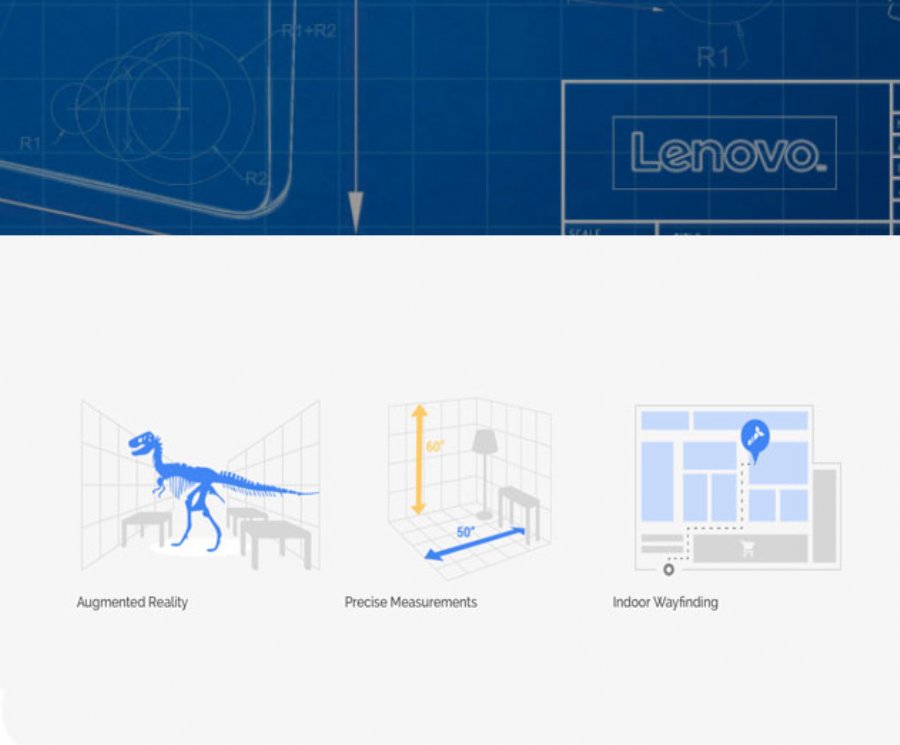 
14,151
Lenovo has announced the upcoming release of the first consumer-ready smartphone with available with Google’s Project Tango technology which gives an Android powered mobile device the ability to navigate the physical world with a new kind of spatial perception by adding advanced computer vision, image processing, and special vision sensors.
Available in summer 2016, the new smartphone will be powered by the Qualcomm Snapdragon processor. Lenovo, Google, and Qualcomm Technologies are working together to optimize the software and hardware to ensure consumers get the most out of the virtual reality app platform.
Google’s Project Tango uses advanced computer vision, depth sensing, and motion tracking to create on-screen 3D experiences, allowing users to explore their physical environments via their device. Specialized hardware and software combine to let the device react to every movement of the user, when they step forward, backward, or lean side to side.
The Tango platform provides app developers with the opportunity to transform an app user’s external environment into a 3-D game level or create a window into virtual and augmented environments. Project Tango-enabled devices can recognize places they’ve been before, such a living room, the office, or public spaces and utilize this information to create immersive experiences.
Google and Levono are inviting developers to submit their ideas for gaming and utility apps created using Project Tango. As part of an app incubation process, the companies will pick among the best submitted ideas and will provide funding and engineering support to help bring them to life. These finished apps will be featured on Lenovo’s upcoming smartphone upon initial release. The submission period closes on February 15, 2016.
To be considered for participation in the incubation program, developers can submit their idea explaining how their app idea using Project Tango technologies will enable new experiences. Developers should include the following materials:
- Visual mockups of the idea including concept art
- Smartphone app screenshots and videos, such as captured app footage
- Appropriate narrative including storyboards, etc.
- Breakdown of the team and its members
- One page overview introducing the developer’s past app portfolio and company profile
To get started developers can purchase a Project Tango Tablet Development Kit in the Google Store. There are also a number of featured apps for Project Tango published on Google Play that demonstrates ways to leverage the platform.