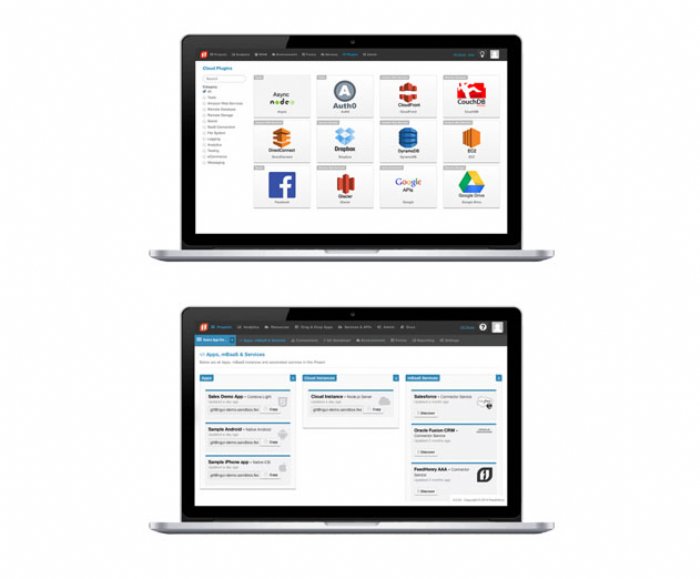 
2,399
FeedHenry has introduced FeedHenry 3, the latest version of its mobile cloud that offers new features around its core mBaaS and API management, role-based development, team collaboration and support for a wide range of app development frameworks including Backbone, Angular and Xamarin.
The platform now offers increased support for a range of client app development toolkits and added features that embrace collaborative app development across multiple teams and projects with centralized control of security and backend integration, with the option of multi-tenant, private or hybrid cloud deployment.
FeedHenry 3’s new key features include:
- Facilitating the different roles in app development and management across both in-house and external teams. Administrators have visibility and control over multiple authentication levels. Role-based development also allows separate client-side development and backend integration, with DevOps-enabled functionality for cloud deployment. Each app and cloud backend within a project also has its own Git repository.
- The platform supports native SDKs, hybrid Apache Cordova, HTML5 and has been extended to include cross-platform toolkits Sencha Touch, Xamarin and Appcelerator. In addition, re-usable templates, app forms and out-of-the-box connectors allow for creation of apps and prototyping. Developers can build hybrid apps not for iOS, Android, Windows Phone and BlackBerry, as well as web apps.
- Using RESTful APIs that can be created and managed from within the platform, FeedHenry 3 allows developers access to self-help capabilities and self-discovery of APIs and the ability to create their own backend APIs in Node.js to share them across multiple projects. Flexible service-based architecture makes these APIs available for re-use, and administrators can report on usage and performance.