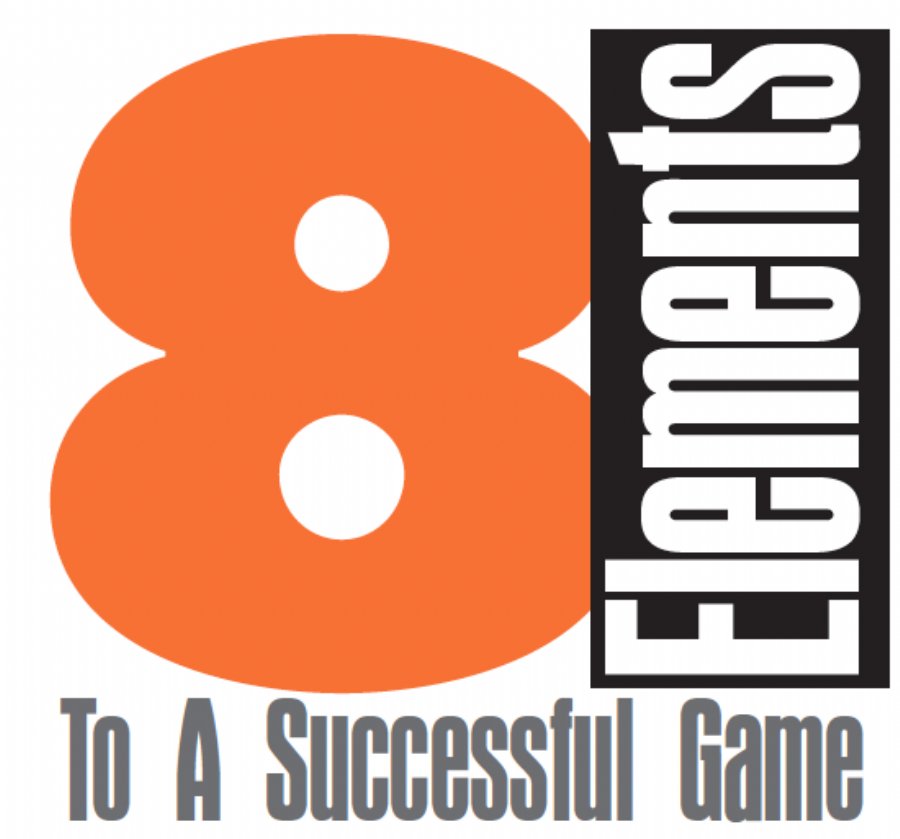 Eight Elements To A Successful Game


5,537
I get to see a lot of your great games all the way from inception to being released on the App Store and/orAndroid Market by working at Lanica.
A lot of you send me your games to figure out a problem here and there, or ask me questions about how to do XYZ or this-and-that. Some of you send me assets without blinking; other of you are reluctant to send me your assets because your game is the next Angry Birds and you don’t want anyone to see your creation. Some of you are reluctant to send me the code because the "code" is not pretty. Trust me, I've heard and seen just about every type of game, code design, and killer app - I've been working knee-deep in the mobile space since 2004, when it was "pre-historic." I've seen the whole gamut!
So, I see a lot of games and apps and I get the same question asked over and over again.
What makes a game successful?
And with apologies to Cookie Monster, here we go…
While there is no magic elixir as to what makes a game a success. I have seen a series of elements that most successful games have and in Cookie Monster lingo, here is the Letter E for the key elements to a successful game
1. The game must be engaging.
2. The game must be entertaining.
3. The game must be enjoyable.
4. The game must be elastic.
5. The game must be expandable.
6. You must game must expose the user to other players.
7. A game starts in an endemic area.
8. A game, once it reaches mass appeal, it becomes an epidemic. It is viral and at this point unstoppable.
While it is difficult to articulate everything in one blogpost, I will do my best to see if I can make sense for each of the elments I mentioned above for a successful game.
A game must be engaging!  Think of having an engaging conversation — the conversation can be enjoyable or entertaining. Not all conversations are enjoyable, nor all conversations are entertaining. But if it has one or the other, you at least have three items from the list:engaging, entertaining, and enjoyable.  Now, think of a movie that is entertaining — not all the movies that you consider to be  entertainment may be enjoyable, but they could be engaging. The movie can have a plausible story that makes it entertaining, but may not be engaging. But certainly a movie that is enjoyable can be quite entertaining and engaging at the same time. Think of it this way: Entertaining = mass appeal. Simple!
Now onto the rest! A game must also be expandable, something that you can keep growing. In the case of the Angry Birds franchise, there is Angry Birds Seasons, Angry Birds St. Patrick’s, Angry Birds Valentine’s Day… Again, using a movie metaphor, think of a movie sequel. Although not always as good as the original, you can still continue the franchise.
Lastly, the game must be elastic. You have to take the gameplay to the breaking point. For me, this is the one of the top elements here (the key ingredient!). One has to pick up a game and be able to grasp it in matter of seconds. You must “fool” the player into thinking that it is easy, and have them go to the next level, continuing as the game gets progressively harder. That’s the elasticity of a game: stretch it is as far as you can while letting the player think that it’s still as easy as the first level.
If the game is elastic, it is also entertaining, enjoyable, and/or engaging. At this point, the player will want to share the game with other game players — then, you have successfully created a endemic game and the goal is to make it an epidemic!
And how do you expose your game to the masses? Create a Facebook Fan Page and a Twitter account for your company or game, create a video demo of your game. If you can afford it, try to get someone to write a press release for you and get the word out. Partner with a company that can get you the exposure.
And remember: all apps and games — no matter how successful — are ephemeral. Don’t fall into the mental trap that your game will be on top of the charts for months on end, or a year or two. Today, we live in an ADD world and today’s headline is tomorrow’s old news. Your job is to always keep your game fresh, introduce new levels, build trust with your players, award them with coupon codes, etc. Making a game is not just about making pretty pixels move around the screen, it is a business. And part of that business is also the ability to market (evangelize!) your game.
A little disclaimer: the stock inclusion of all the elements I mention is no elixir. It doesn’t guarantee your game to become a 40 million download juggernaut. Nevertheless, having some of these key elements in your game will make your game that much more enjoyable, entertaining, and/or engaging to play — and if you get to that, you will automatically get more exposure.
After that, you could become endemic, and turn out to be the next big gaming “epidemic!”
This content is made possible by a guest author, or sponsor; it is not written by and does not necessarily reflect the views of App Developer Magazine's editorial staff.