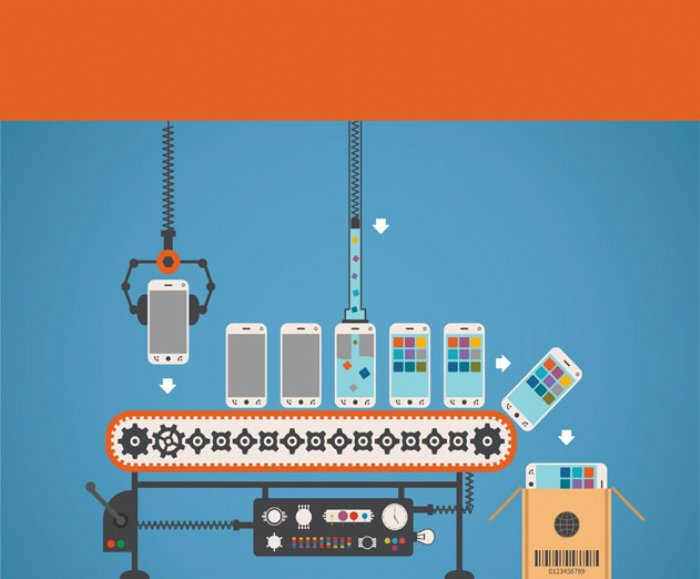 
12,279
The Jenkins open source community, in collaboration with CloudBees have announced the availability of six Docker-related plugins to enable continuous delivery of containerized applications with Jenkins.
Jenkins CI is an open source project developed for and by the Jenkins CI community and is the leading open source platform for continuous delivery. Built with Java, it provides more than 1,000 plugins to support the building, testing and delivery of virtually any project.
The Docker-related plugins allow developers and DevOps teams to join the next wave in IT, the convergence of lightweight Docker containers for infrastructure with microservices-based architectures for applications and continuous delivery for application lifecycle management. This convergence is causing a significant change in IT and the ability of IT departments to provide more value faster to the business, consumer and user.
The announcement is intended to help guide the hundreds of thousands of Jenkins users around the world as they adopt new container technologies along with continuous delivery and DevOps.
“The Jenkins community and CloudBees continue to be on the leading edge of technological innovation,“ said Kohsuke Kawaguchi, Jenkins founder and chief technology officer at CloudBees. “With the newly released plugins, organizations can easily build modern, real-world CD pipelines that involve Jenkins and Docker.”
The release of deep Docker support highlights the significant relationship between Docker and Jenkins technologies for the fast-evolving world of software delivery.
Jenkins is an industry standard for continuous integration and delivery, and is used in more than 100,000 active installations. The Jenkins open source continuous delivery platform has become the standard for automating software delivery processes and orchestrating pipelines across an organization and between teams.
At the same time, Docker’s lightweight container technology is disrupting the market by making it easier for DevOps teams to package and run applications. Used together, Jenkins and Docker give developers and DevOps personnel a powerful set of tools that streamline the end-to-end delivery process by helping them speak the same language, share the same pipeline processes and work towards the same goals as a unified team.
Docker containers allow application code to be packaged along with the operating system, database and other environmental software and configurations, bringing a new level of simplicity to defining, creating and running applications or services. With the release of these plugins, Jenkins and Docker can now make the end-to-end software delivery process faster, predictable, manageable and drama-free for containerized applications.
The new features target various stages of the CD pipeline, helping teams drive improvements through their delivery processes. The features support pipeline definition with Jenkins Workflow, notifications from Docker registries, pushing and pulling containers to and from registries, end-to-end pipeline traceability and standardized (or customized) build environments with Docker.
“Continuous delivery is playing an increasingly strategic role in enterprises and Jenkins is at the center of this trend,” said Sacha Labourey, CEO and founder of CloudBees. “We are working closely with the Jenkins community to ensure that developers and DevOps teams have a clear path to take advantage of powerful emerging technologies, such as Docker, as they automate their continuous delivery pipelines.”
The specific plugins announced by the Jenkins CI community include the following:
- Docker Workflow: Provides first-class support for Jenkins Workflow to build real world CD pipelines for containerized applications using Jenkins and Docker
- Build and Publish: Builds projects that have a Dockerfile and pushes the resultant tagged image to Docker Hub
- Docker Hub Notification: Triggers downstream jobs when a tagged container is pushed to Docker Hub
- Docker Traceability: Identifies which build pushed a particular container that is running in production and displays that on the Jenkins builds page
- Docker: Uses Docker containers as standardized build environments to improve isolation and elasticity
- Docker Custom Build Environment: Specifies customized build environments as Docker containers
The Jenkins Community helps advocate the use of Jenkins CI to the larger development community, serving as a central source for tutorials, forums and other helpful resources for Jenkins CI users of all skill-levels. By recognizing the numerous contributors to the Jenkins CI project, the Jenkins Community creates and fosters a community-powered infrastructure for maintaining and further developing Jenkins CI.
CloudBees, the Enterprise Jenkins Company, offers continuous delivery (CD) solutions that enable IT organizations to respond rapidly to the software delivery needs of the business. Building on the strength of Jenkins CI, the CloudBees Continuous Delivery Platform provides a wide range of CD solutions for use on-premise and in the cloud that meet the unique security, scalability and manageability needs of enterprises. The CloudBees Jenkins-based CD solutions support many of the world’s largest and most business-critical deployments.