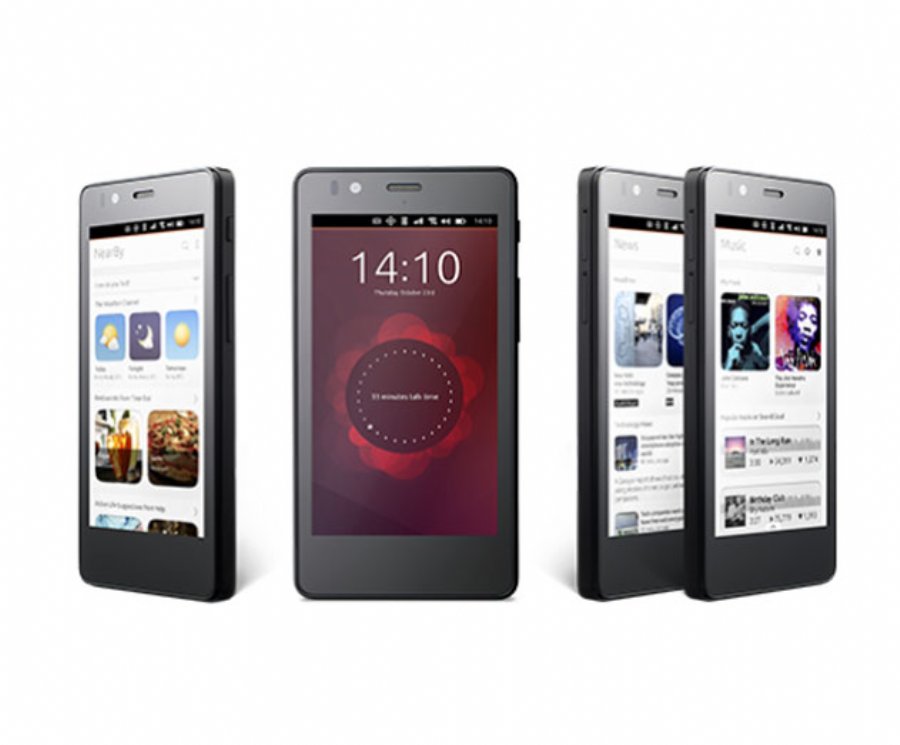 
7,616
Canonical has announced the first phone running the open source OS Ubuntu, the Aquaris E4.5 Ubuntu Edition, which is available in limited quantities in Europe from the Spanish device maker BQ. Availability of the phone will be announced through @Ubuntu and @bqreaders on Twitter as well as Ubuntu G+ and Ubuntu Facebook.
The Aquaris E4.5 Ubuntu Edition abandons the app model instead offering themed cards it calls “Scopes,” providing a different way of offering its mobile UI for access to music, social, web, local services, photos and other features a specific consumer uses most on the home screen. Ubunto says “The richness and unfragmented experience delivered by Ubuntu Scopes are a world away from burying content and services inside multiple apps in an icon grid – reversing the industry’s hackneyed status quo.”
Developers can port HTML5 apps or develop natively using the Ubuntu Qt/QML based native environment. For HTML5 apps or mobile websites for other platforms Ubuntu supports both the Webkit/Blink and Cordova development standards. Web apps are facilitated through a separate API that enables websites to be converted to run independently of a browser, with full access to phone notifications and settings.
The Ubuntu SDK includes everything developers need to create scopes, repurpose web/HTML5 content and develop native apps including:
- QtCreator IDE (2.8.1) with improved device detection and management
- Full native OpenGL
- System and service APIs for accessing hardware sensors and alarms
- The ability to combine QML, C or C++ and JavaScript
- The latest Ubuntu designs so you can build your app to fit with the UI
The phone itself is a dual SIM and comes unlocked so consumers can use it with their current network. Operators such as 3 Sweden, amena.com in Spain, giffgaff in the UK and Portugal Telecom are offering SIM bundles at purchase, exclusively from the BQ website, for buyers in those regions.