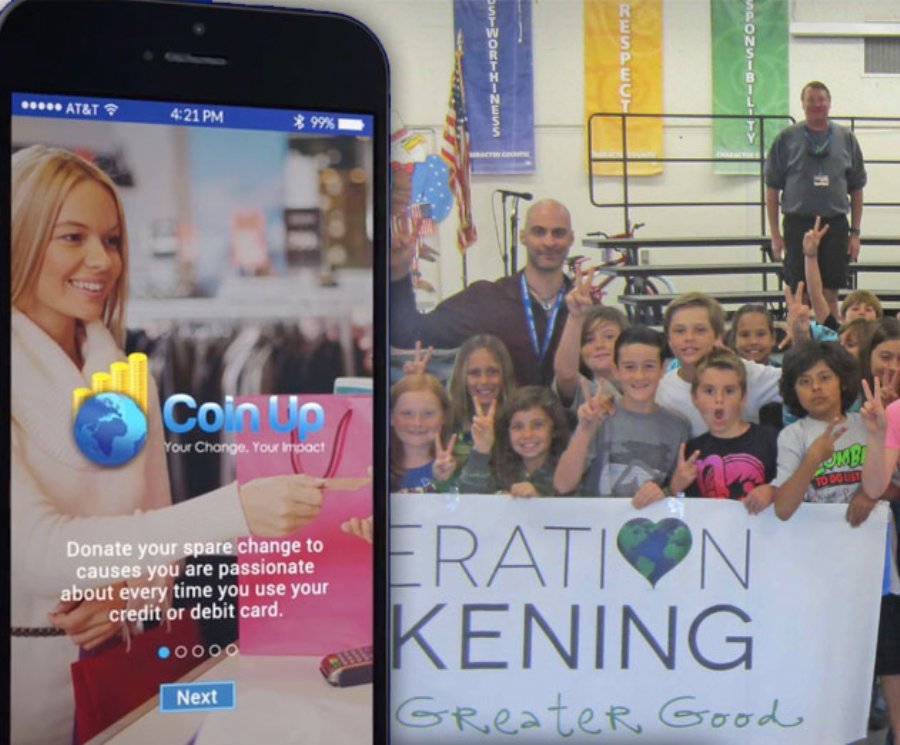 
14,709
When celebrities align with a cause they are passionate about, people notice. In doing so, their efforts can make a major impact by bringing awareness to the charity organizations they support or lead. Four celebrities in particular who are lending their name to charity organizations are making it even easier for their fans to engage in the habit of giving, by “Coining Up” through the new mobile donation app - Coin Up.
The celebrities who are deeply aligned with their causes and are taking advantage of partnering with Coin Up’s innovative technology, include:
Nyjah Huston – One of the world’s leading professional skateboarders, along with his mother Kelle Huston, are the founders of Let it Flow. A charity that strives to bring clean water to the millions of people suffering without it.  Their inspiration comes from Nyjah’s own experience of living without running water.
Shannon Elizabeth – The actress and conservationist started her charity, Animal Avengers, in 2001 to rescue and protect animals in the US and Africa.  She has been an advocate of animals that are endangered and abused, especially rhinos, to ensure the necessary programs and systems are implemented to protect our wildlife.
AnnaLynne McCord – The actress and director is President of the Non-Profit organization called together1heart, an organization that helps fight slavery in Cambodia, and helps restore the lives of those rescued from it.
Katie Cleary – Since 2012, the actress/model’s charity called Peace 4 Animals has been raising money to help protect endangered species around the world. The charity also helps rescue, rehabilitate and find homes for domestic animals, and educate the public on how to co-exist with animals and protect those in need.

“I am passionate about the charity work that I’m involved in, I love that Coin Up has made donating virtually effortless,” says Katie Cleary. “People's every day purchases like their morning coffee or outings with friends and family can now be contributed to their favorite charity. Without even having to think about it, their transaction expenditures will be rounded up to the nearest dollar and donated to their chosen charity. It’s simple, high-tech, and convenient.”

With Coin Up, consumers simply download the app, create an account, and set a monthly limit for the amount of spare change that they want to round up and donate. For example, if a purchase is $3.35, the transaction will be “virtually” rounded up to $4.00 within the app. The app will calculate this $0.65 along with the other rounded up spare change until the monthly limit is reached (or the end of the month, whichever comes first). At the end of the month, the debit/credit card will be charged and the proceeds (less transaction fees) will be sent directly to the charity of your choice.