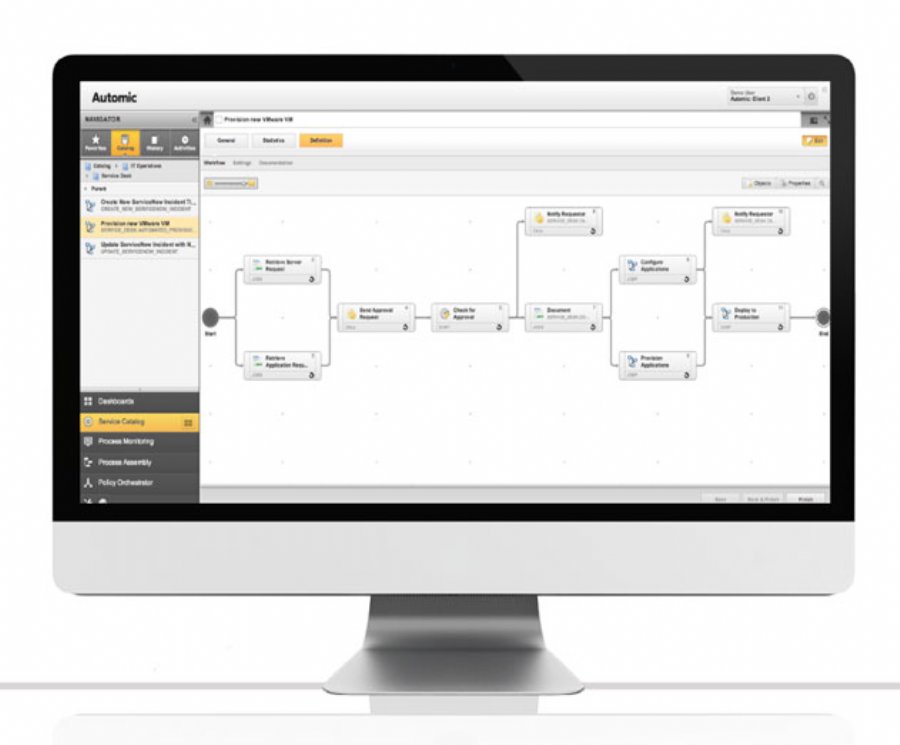 The Azure Action Pack provides the ability to :

- Extends users’ ability to automate actions for creating, reading, updating and deleting Azure resources.
- Allows customers to build visual workflows to fully automate all of their Azure services.
– Gives back time to developers and administrators, while also assuring a reduction in errors throughout the entire process.
- Empowers users to orchestrate and automate their application and infrastructure lifecycles to provide Continuous Delivery of new applications or upgrades into the cloud on Microsoft Azure.
- Ease the efforts of DevOps engineers, developers and system administrators to create, deploy, and run fully automated Azure deployments workflows from within Automic, through the API or as preapproved service desk requests.
- Seamless promotion of versioned components from TFS through to production.
- Ensure automated rollbacks in case of need.
- Augment containers with code components and meta-data and ship as one coherent deployable package that is promoted from environment to environment, automatically.
- Standardize an Azure best practice for application deployments and avoid expensive cloud sprawl by ensuring provisioning and guaranteed de-provisioning of cloud resources.