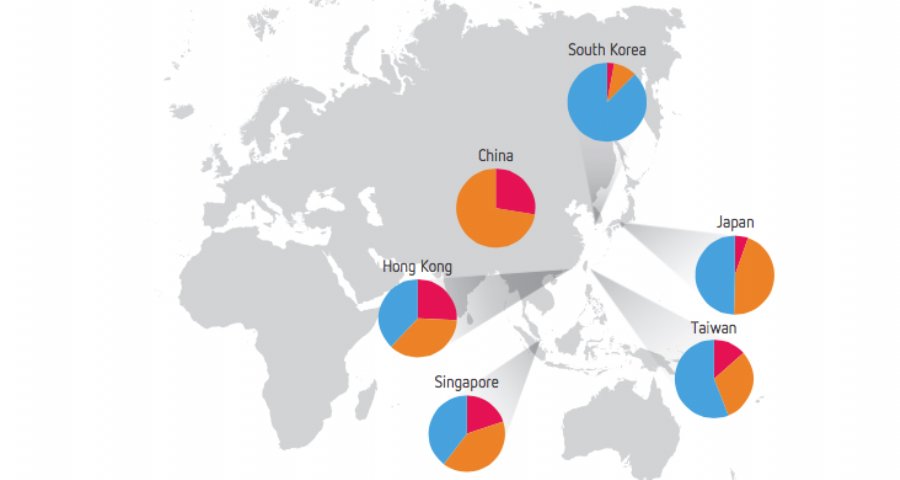 
1,452
In a new report from Distimo concerning app store downloads and revenue generated, Asia is claiming the #1 spot taking in a whopping 41% of the total revenue generated globally! The Asian app store market is a train that cannot be stopped and this month's report takes a deep dive into the trends happening in Asia and the countries in it - including China, Hong Kong, Japan, South Korea, Singapore, and Taiwan, and how they compare to the U.S.

Distimo has also partnered with Wandoujia, China's leading Android app store with over 300M users to gain even greater insight into the Chinese app store market. This data partnership is interesting because China's Android landscape is different from the rest of the world and Wandoujia is an alternative Chinese Android app platform. Only 3.5% of devices in China have Google Play services installed, which is required to run Google Play and other Google apps.

Major highlights of the report include:

Asia is the most lucrative app market in the world. 41 percent of the total revenue globally in December 2013 came from Asia, while North America generated 31 percent and Europe 23 percent.

Japan was undoubtedly the most lucrative country in Asia, followed by South Korea and China, Taiwan, and Hong Kong.

Freemium is the leading business model in Asia.

Angry Birds Go! was the most downloaded game in Asia in December 2013, followed by CarrotFantasy 2: Polar Adventure, and The Hardest Game in History.

On the Android platform, Wandoujia, the most downloaded app was a railway ticket reservation app. South Korea witnessed the steepest growth in revenue. Money generated in the country grew by 271 percent, with Google Play driving most of that growth.

To get your hands on the full report go here, or click the link below.