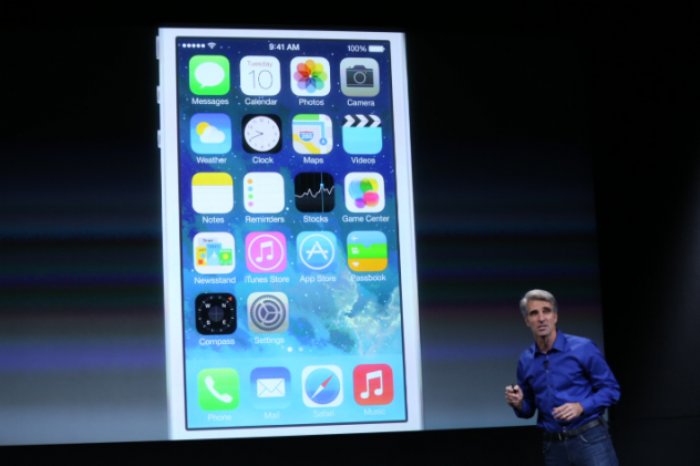 
3,914
First we learned about the iTunes festival, wait - there was a festival for iTunes?
Next month Apple will officially shop the 700 millionth iOS device!
iOS7 is up first, lets talk about what's new and has changed.
Soon, we’ll witness an event where virtually overnight people download iOS 7 and get a whole new experience with their device” - Craig
Siri is better now, with female and male voices.
Tons of iOS7 stuff we developers have already been using, but the public just now gets to see. Mostly a recap of WWDC with iOS7.
iOS 7 will be available on September 18th officially coming to iPhone 4 and later, iPad 2 and later, iPad mini, iPod touch 5th Gen.
iMovie, iPhoto, pages, keynote, numbers apps are all now free in iOS!
iPhone 5C is introduced, has A6 chip, sells for just $199
8MP camera, backside illumination, FaceTime Audio, FaceTime HD camera, Bluetooth 4.0, Wireless a/b/g/n
The colors are awesome, it's made from a single piece of polycarbonate with a steel structural frame.
iPhone 5S is officially announced. Comes in Silver, Gold, and Space Grey. Has the A7 64 bit chip - the worlds first smartphone with x64 inside (desktop class architecture) with over 1 billion transistors inside. Runs 32 bit and 64 bit apps and is completely backward compatible for developers. There are huge leaps in CPU and graphics performance.
OpenGL ES 3.0 support, as seen in game demo of Infinity Blade 3
iPhone 5S to include a new M7 chip for "motion processing" Continually measures motion data, accelerometer, gyroscope, and compass. It identifies user movement.
They have been working with Nike to demonstrate the capabilities of the M7 processor - developers turn your head (enter how long you sit each day)
Camera now goes all the way down to F2.2, 15% larger sensor (1.5 micron pixels), 15 focus zones. Contains two LED flash, one white and one amber which adjust the lighting of the photo accordingly depending on the room.
Faster shutter, hold shutter button for 10 frames a second shooting.
Slo mo shooting too! 120 FPS at 720p!!!
Touch ID introduced for iPhone security. It's a fingerprint scanner.
360 degree readability, 500 pii resolution, scans sub-epidural skin layers. You can now using the Touch ID sensor to make iTunes purchases and more! The prints are only accessed on the A7 processor, never stored on Apple servers or software, or backed up in iCloud.
$199=16GB, $299=32GB, $399=64GB
2 year contract
iPhone 5C will go for pre-order Sept 13, Both devices (5C and 5S) will go on sale Sept 20th.