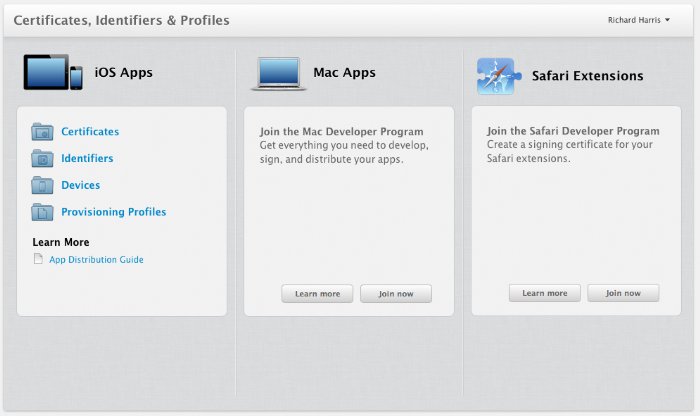 Apple Dev Center gets a Unified View of Certificates and More


1,133
Apple developers rejoice! The days of what certificate goes with which provisioning key and it tied to which developer accounts and device,  look to be over! In a notice sent by Apple today to it's developers, it appears there is a new way of using the developer portal as it relates to the organization of certificates, provisioning profiles, and more.
The old system was confusing to even the most seasoned developer, with outdated navigation and often times slow refresh times, this is going to be a welcomed change! Overall the new system looks to function in much the same manner as before except the screens are compiled into more of a web app  (with an iOS feel of course) so you won't have to relearn the process of attaining certificates and such, but it will be faster and less of a headache.
Apple Says:
"Now it's even easier to manage your development assets. The new Certificates, Identifiers & Profiles section in Member Center provides a unified view and intuitive interface to help you manage all your certificates, identifiers, devices, and provisioning profiles. This new section replaces the iOS Provisioning Portal and the Developer Certificate Utility.
To learn more about testing and distributing apps, read the new App Distribution Guide."