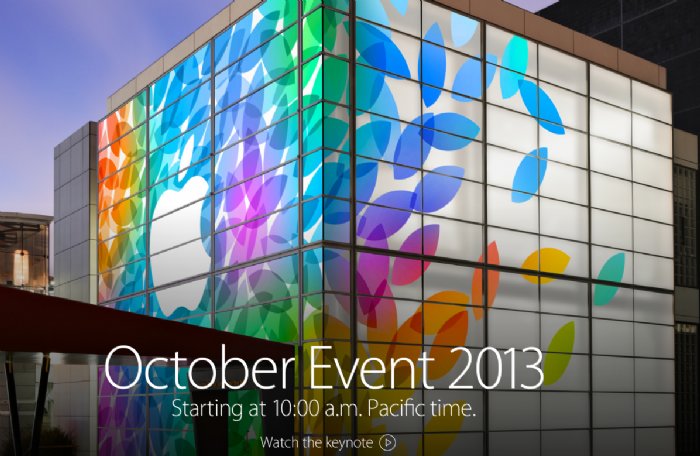 Apple's October Event 2013 What to Expect and Predictions


1,189
The weather is crisp, the holiday season is at our doorstep and Apple is about to make some big announcements today at their "October Event" starting at 10:00 AM PST today. Apple says there is alot to cover, so what can we expect?

Well first of all, they are going to stream it! So you can once again sit back and tune into the event from your office (thank you Apple for helping me look like I'm opening a Wanka bar again).

New iPod - this has been a rumor for a while and only makes sense for Apple to include it in this round of updates as they usually do just before the shopping season begins! But, Apple might also be giving the "one that started it all" the boot finally too..

iOS7 will once again take the stage for a bit to help showoff the new iOS devices I'm sure..

Mac Pro - get ready to see this bad boy perform! While it may look like something from "2001 Space Odyssey" it has the power to blow away almost anything in it's path. I'm sure they'll spend some time talking about this powerhouse and when you can get one.

MacBook Pro Refresh -FINALLY everywhere says, but hopefully we'll see enough wiz-bang to want to leap into a new Retina screen MBP with Intel's Haswell processors. Our guess is they will be faster, use less power, be completely Retina, and maybe even include that little fingerprint scanner somewhere on the top. Some of us our dreaming of 15-inch MacBook Pro running a quad-core 2.4GHz Core i7 and 16GB of RAM

OS X Mavericks. What good is a new machine without a shiny new OS to go with it? I'm sure they'll be talking specifications, requirements, and release dates.

Apple TV - Most likely this will get mentioned in the refresh with a few new features (hopefully), but it's unclear if they will even though it too is getting some years under it.

iLife update? We can only hope - the current iteration is over 2 years old.

Mac Mini update, yep - it's been a while since we've seen anything in this category so be prepared for thinner, faster, and cheaper mini's coming your way..

iWatch? I doubt it, but they might mention something because the heat is on from Samsung in this race to wearable smart devices.

Much of what we expect to hear is not going to really surprise anyone. Mostly I think this is going to be a hardware and operating system update event and nothing new will be announced outside of the normal product line. But, Apple has snuck up and surprised us before so make sure and tune into the event or watch our website to be in the know