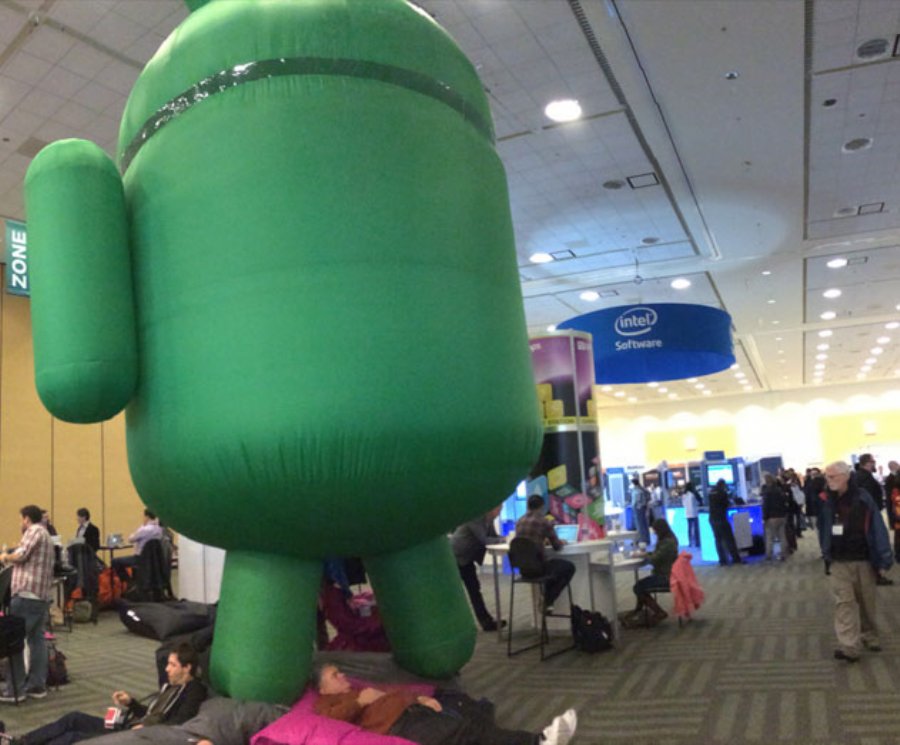 
6,232
We just finished up two days of another great event, as by all accounts Apps World North America 2104 was bigger and better than last year.

Its just too big an event for us to cover every aspect of the presentations, exhibitors and other activities, so I thought I would present a few thoughts on the event itself and a few nuggets of interest (at least I thought they were interesting!).

Overall, the event was somewhat Android and HTML5 centric this year despite the opening keynote from Steve Wozniak. From the huge Android inflatable in front of the Droid World presentation area to the number of companies that provide services for the Android platform, it seemed that from a consumer app standpoint, Android cast a big shadow.

The enterprise sector had a much bigger presence this year as industry heavyweights such as HP, IBM and Intel all had major exhibits and lots of representatives. Recent players such as Perfecto Mobile, Sencha, Kaazing and a number of others were among the many company’s at this year’s event. The name of the game right now in the enterprise mobile sector is HTML5 (and testing and security and more of course) but there honestly seems to be more confusion than consensus as to the future of mobile for enterprise and everyone we talked to had somewhat a different big picture vision.

As was the case last year, companies offering monetization opportunities seemed to dominate the event. Airpush, Leadbolt and a number of other companies were represented and these booths seemed especially popular this year, which makes sense as the freemium model for the monetization of consumer apps is the strategy of choice. Analytics were also an emphasis as more companies stressed the importance of understanding app users and their behaviors.

While Apple, Microsoft and Google did not have displays on the exhibit floor, BlackBerry was back this year and we had the chance to visit with Larry McDonough, Principal Evangelist for BlackBerry, who carries some serious coding credentials (we swapped coding war stories for most of the conversation, another benefit of attending a developer event). We watched him port an Android app in less than three minutes and he reintroduced us to some of the really cool features of the Z30. His message was really simple: BlackBerry is going to continue to build on its enterprise strengths and reminded us that on the global consumer handheld market, BlackBerry continues to have strong acceptance in many countries with 80 million devices in service.

For the big screen, LG had quite a setup and was touting its new webOS and the future of apps for the TV. Roku’s offering was especially impressive as we talked with its engineers about the Roku SDK and the opportunities to offer apps to its 8 million users.

The app building SDK platform market was not as well represented this year as none of the major players such as Unity, Corona, Marmalade, GamerSalad, and others made it to this year’s event, perhaps they were readying for the upcoming MWC. API strategy and mobile payment solutions saw an uptick in representation, and we expect to see more activity focusing on these segments in future events. v Of course, there was much, much more. To read more about what happened at the event, visit the Apps World website, at the link below.