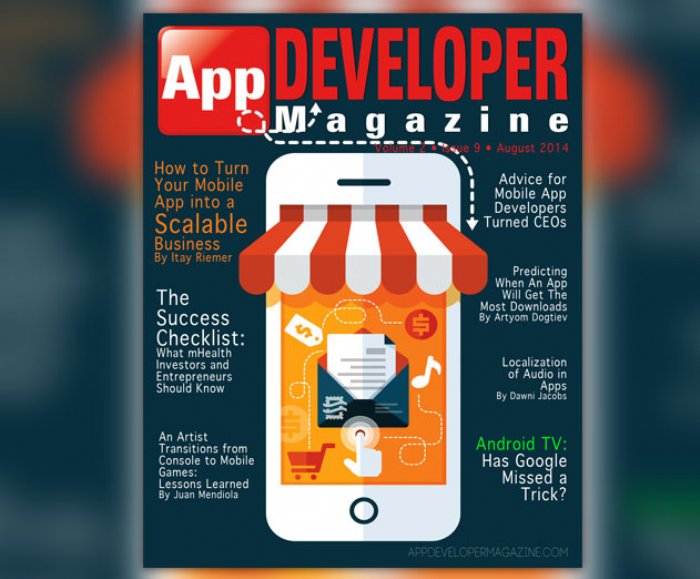 
15,464
For those of us in the United States, it’s back to the drudgery of work after a nice three day Labor Day holiday weekend. Hopefully, this issue of App Developer Magazine will help make the week go by easier!
Like all issues, the September magazine provides a highlight of the previous month’s biggest news and announcements as well as insightful commentary from experts within the industry. In fact, this issue includes over 17 in-depth articles covering everything mobile. These include:
- Targeting Mobile Ads Based on Tablet vs. Smartphone Usage: What Do The Metrics Say? – By Art Dogtiev of ComboApp
- Make Your App a Hit: a Three-Part Checklist for Mobile Developers – By Li-At Karpel Gurwicz of Como
- Jailbreaking: Valuable Shortcut or Dangerous Practice for Mobile Developers? – By Joseph Schulz of Orasi Software
- Operational Intelligence and Monetizing the Internet of Things – By Dave Brinker of ScaleOut Software
- An Artist Transitions from Console to Mobile Games: Lessons Learned – By Juan Mendiola of Kiwi
- Android TV: Has Google Missed a Trick? Navin Natoewal of Philips uWand
And there are many more feature articles and over 50 highlights of the biggest news of the month. We believe it’s another great issue, check it out for yourself!