Next
Richard Harris
1/19/2016 11:03:54 AM
1/19/2016 11:03:54 AM
An Interview with InMobi's Anshul Srivastava Reveals Her Perspective as a Female Developer
Women Programmer,Girl Developer,InMobiWomenWhoCode
https://appdevelopermagazine.com/images/news_images/InMobi-Insights-App-Developer-Magazine_mjbpicls.jpg 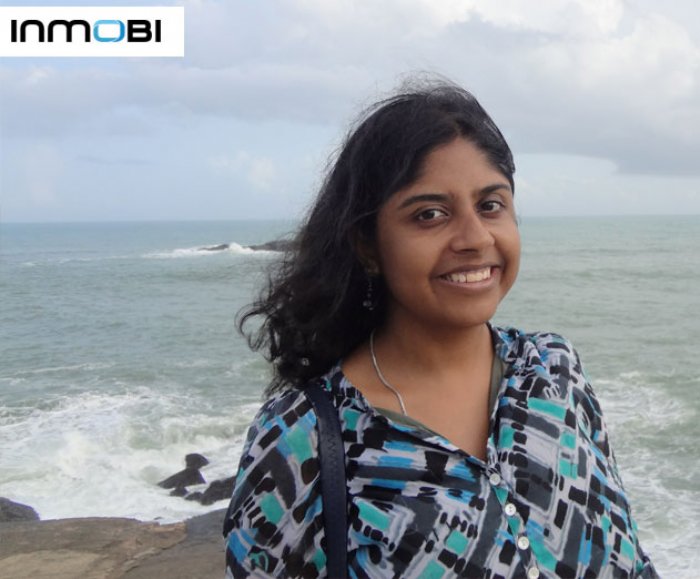 We recently visited with Anshul Srivastava who is a senior software engineer at InMobi, to get her perspective on app development.

We recently visited with Anshul Srivastava who is a senior software engineer at InMobi, to get her perspective on app development. Anshul Srivastava joined InMobi 2012 and has helped build and implement algorithms for the programmatic unified marketplace.

Anshul has also built an Android app called 'Paintastic' under her developer alias 'Creativity Unlimited' which recently passed 100k downloads across 150 countries, with an overall rating of 4.0 in the Google Playstore. Anshul holds an integrated Masters degree in applied mathematics from the Indian Institute of Technology, Roorkee. She enjoys traveling, watching movies and getting creative with arts and crafts.

ADM: What initially attracted you to becoming a developer? Was it something you studied at school, at what age did you know this was the career path you wanted?

Srivastava: My favorite subjects at school were mathematics and computer science, and I loved writing programs. After school, I joined the applied mathematics department at IIT Roorkee, the oldest technical institution in Asia, where I continued to pursue some hobby projects that involved coding. By then, I was certain that I wanted to pursue a career as a software developer.

ADM: What has been most surprising to you about this career path?

Srivastava: I always wanted to secure a core software job, but the way I fell into the field was surprising and exciting. I have a degree in mathematics and not many companies were allowing non computer science students to apply for their final year campus placements. However, I came across InMobi who had recently opened the application process and I successfully got through it.

ADM: Do you tailor your apps based on gender? Do you find more females/males use your apps?

Srivastava: No, I do not tailor my apps based on gender as such. Although, for the paint app ‘Paintastic’ that I have published under the developer alias ‘Creativity Unlimited’, the stats show that it has comparatively more female users than male. The app was created as a platform to bring out the creativity on a digital drawing canvas that is suitable for and widely used across all age groups and genders.

ADM: How often do you connect with other female developers, if at all?

Srivastava: InMobi recently introduced the hashtag, #InMobiWomenWhoCode, following the Hour of Code initiative that took place at the end of 2015. I’ve been able to connect with a few more female developers within InMobi, knowing that we’re all following the same career path, and breaking the taboo of tech being associated with men only. Our CEO, Naveen Tewari, also shared with us that 17% of coders at InMobi are women, and he’s on a mission to increase this number to 25% in 2016.

Outside of InMobi, I have a few female friends from school and college who are also working in technology companies as software engineers. We meet up sometimes and share and exchange stories.

ADM: Do you find the developer community to be welcoming to females?

Srivastava: Due to various reasons, men are able to work late nights, and dedicate more time compared to women and this sometimes poses a hindrance for females to make their mark in the developer community. These days, the management and leadership teams are increasingly understanding, have a more open work culture such as flexible working and a work from home option which is a welcoming gesture for female developers.

ADM: Do you think the greater developer community is addressing the gender imbalance?

Srivastava: With the recent initiative from InMobi, as well as the wider industry with the Women Who Code program, I think we’re heading in the right direction.

ADM: If you could offer advice to any coder/developer just getting into the field, what would it be?

Srivastava: Software development is a broad field. For a developer just getting into the field, I would recommend they should explore, get hands-on experience, find out what they love, follow their passion and never stop learning.

ADM: What challenges have you experienced as a female developer?

Srivastava: My college had strict restrictions such as hostel timings which didn’t allow girls to stay out late, even in a library or computer lab, while inside the college campus. However, even with this, I still feel I have had a smooth journey as a female developer. My parents, teachers and colleagues have all been supportive throughout my career and I have not felt any gender bias.

ADM: Learning to program can be really frustrating. What kept you motivated?

Srivastava: I don’t agree that learning to program can be frustrating, just that it can be challenging at times. I see programming as an art. The act of creating gives me personal happiness and satisfaction. Programming involves creativity, and making creative things and innovation always fascinates me and keeps me motivated.

ADM: In your journey to become a developer, what resources helped you the most?

Srivastava: Even though I belong to a middle class family, my father bought a desktop in our house at the time when computers were not so popular in regular households. I feel lucky to have been introduced to computers and had the opportunity to get my hands on it at such an early age.

I am also grateful to my college culture that gives opportunities to students to explore themselves outside of regular academics. I have been part of two student communities - IMG and SDSlabs where I was able to work on a few software projects, and had a chance to get to know some of the great brains at the campus.

Srivastava: I have not yet thought of any role models as such but I would say that, in the technology industry, I really admire Mohit Saxena (cofounder and CTO at InMobi) who is heading and leading technology at one of the biggest adtech companies in the world and making India proud. The fact that he happens to be my college alumnus gives me a feeling of great pride and makes him even more approachable.

I also look up to my seniors and mentors at work with whom I have closely worked and learn a lot from them, taking in all the experiences, opportunities and incorporating the learnings into future actions. Outside of the technology industry, my parents are my role models. They have and always will be, a great source of inspiration for me.