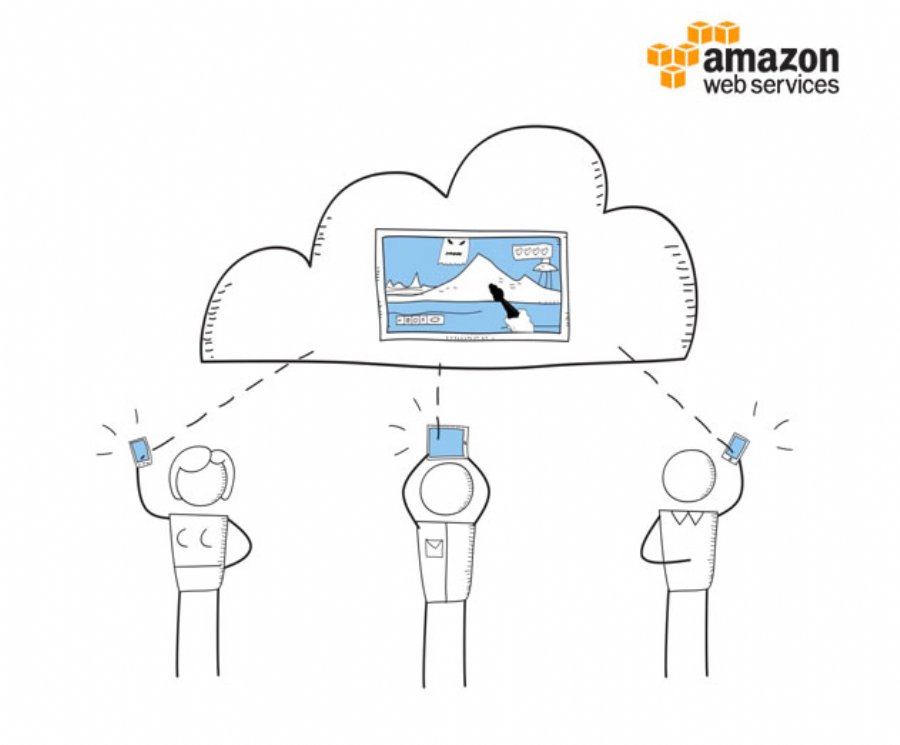 
2,608
The Amazon AppStream SDK was created to help developers manage streaming an app from AWS to local devices. Currently in limited preview, CPC games has been using Amazon AppStream to improve the new-user experience for Eve Online science fiction game.
Halldor Fannor, CTO of CCP Games, noted the use of AppStream could allow new users of Eve Online to start constructing their avatars while the game itself (nearly 6 GB) downloads. He believes that this immediate, frictionless experience will allow potential players to start investing in the game earlier in the download cycle, leading to better user retention and increased usage.
Amazon AppStream is a flexible, low-latency service that lets developers stream resource intensive applications and games from the cloud. It deploys and renders apps on AWS infrastructure and streams the output to mass-market devices, such as personal computers, tablets, and mobile phones. Because an app is running in the cloud, it can scale to handle vast computational and storage needs, regardless of the devices customers are using. Developers can choose to stream either all or parts of an app from the cloud. Amazon AppStream enables use cases for games and applications that wouldn’t be possible running natively on mass-market devices.  Using Amazon AppStream, games and applications are no longer constrained by the hardware in a customer’s hands.
The Amazon AppStream’s STX Protocol manages streaming an app from AWS to local devices. It monitors network conditions and automatically adapts the video stream to provide a low latency and high-resolution experience to customers. It minimizes latency while syncing audio and video as well as capturing input from customers to be sent back to the app running in AWS.
The Amazon AppStream SDK simplifies the development of interactive streaming applications and client applications. The SDK provides APIs that connect customers’ devices directly to an app, capture and encode audio and video, stream content across the Internet in near real-time, decode content on client devices, and return user input to the app.
Amazon AppStream deploys streaming-enabled apps on Amazon EC2. When an app is added for streaming through the AWS Management Console, the service creates the Amazon Machine Image required to host the app and makes the app available to streaming clients. The service scales the app as needed within the capacity limits that are set to meet demand. Clients using the Amazon AppStream SDK automatically connect to the streamed app.
Other benefits include
Remove Device Constraints
Leverage the compute power of AWS to deliver experiences that wouldn’t normally be possible due to the GPU, CPU, memory or physical storage constraints of local devices.
Multi Platform Support
Write apps once and stream them to multiple device platforms. To support a new device, just write a small client to connect to an app.
Easy Updates
Because an app is centrally managed by Amazon AppStream, updating an app is as simple as providing a new version of the app to Amazon AppStream. That's all that is needed to immediately upgrade all customers without any action on their part.
Instant On
Streaming an app with AppStream lets customers start using an app or game immediately, without the delays associated with large file downloads and time-consuming installations.
Improved Security
Unlike traditional boxed software and digital downloads, where an app is available for theft or reverse engineering, Amazon AppStream stores the app binary securely in AWS datacenters.
Automatic Scaling
Developers can use Amazon AppStream to specify capacity needs, and then the service automatically scales a streamed app and connects customers’ devices to it.
Amazon AppStream is currently available as a limited preview. Developers who would like to sign up can do so and they will be added to the waiting list for the Limited Preview. An AWS account is needed to be able to use the service and signing up is free.
To get started using Amazon AppStream
- Integrate the Amazon AppStream SDK with the app to stream and then deploy the app to Amazon AppStream.
- Create an entitlement service to authorize client connections to the app. This allows control of who can access the streamed app. The Amazon AppStream SDK includes a sample entitlement service that provides all the functionality needed to get started. Creating an entitlement service for an Amazon AppStream app involves completing a 5-step wizard that should take less than 30 minutes.
- Create client apps for each device platform desired for support (including Fire OS, Android, iOS, and Windows). These are the apps a developer will distribute through the app stores for customers to connect their devices to the streamed application running in Amazon AppStream. Developers can create client apps by starting with the sample client apps for each platform that is provided in the Amazon AppStream SDK.
- Optionally, if a developer only wants to stream part of an app (not the entire app), then client apps can be set up so that they initialize the Amazon AppStream SDK for the part of the experience that a developer wants to stream from AWS. And then set up the part of the application to stream in the same way as setting up an entire application.
- Developers can monitor and manage Amazon AppStream apps using the AWS Management Console. They can also create new Amazon AppStream applications using the AWS Management Console.
For more information visit the link below.