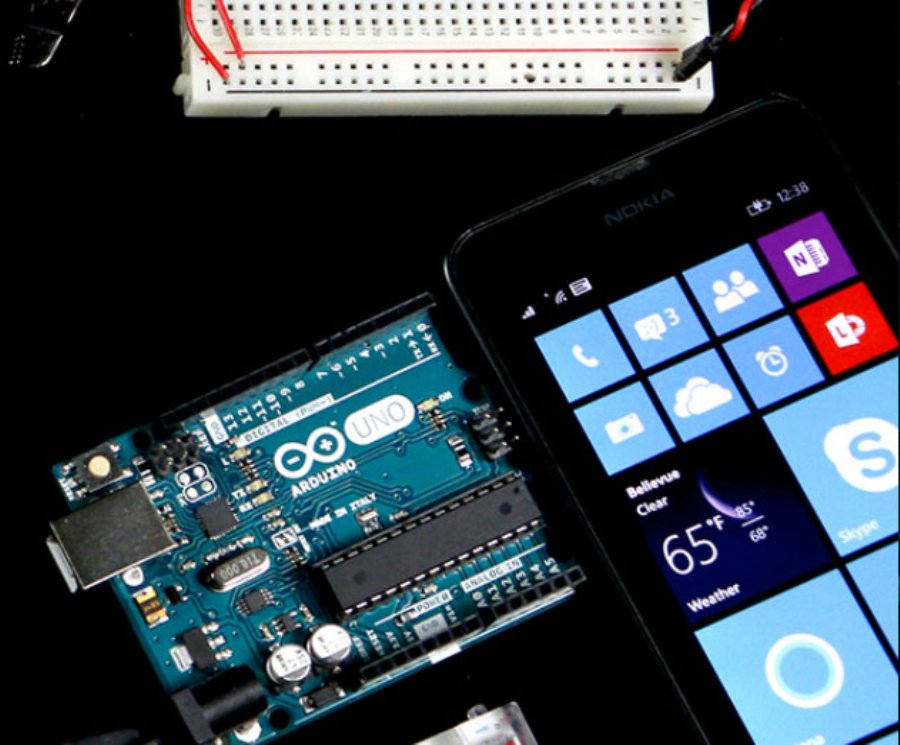 
6,309
Microsoft has released Windows 10 IoT Core, a new edition for Windows targeted towards small, embedded devices that may or may not have screens. The first public preview of Windows 10 IoT Core was released at the /build/ conference, and since then expanded functionally has been added including support for Wi-Fi and Bluetooth connectivity.
Microsoft designed the IoT core to have a low barrier to entry and make it easy to build professional grade devices. It’s designed to work with a variety of open source languages and works well with Visual Studio.
For devices with screens, Windows 10 IoT Core does not have a Windows shell experience - instead developers can write a Universal Windows app that is the interface and “personality” for a device.
Microsoft’s philosophy is to facilitate the use by developers of languages and frameworks they prefer to use to build IoT device apps. This means full support for the standard UWP languages like C++, C#, JS and VB, but it also means bringing support – including full tools, debugging, and project systems – for Node.js and Python.
The project templates for the standard UWP languages create projects that look like standard UWP projects and for Node.js and Python Microsoft has worked towards make these apps look and feel just like they do on other platforms.
Here are some of the advancements of the Windows 10 IoT Core from the original release:
- Improved support for Python and Node.js, including a new Express Node.js project template
- GPIO performance on the Raspberry Pi 2 has improved by 8X to 10X
- Analog-to-digital converter (ADC) and pulse-width modulation (PWM) are now supported via breakout boards and ICs
- New Universal Windows Platform (UWP) APIs give apps easy control over system management features like time zone and network connections
Developers can start projects with devices including Raspberry Pi 2, MinnowBoard Max and Intel Galileo. The Windows 10 IoT Core developer site includes a wide range of sample projects, docs, tutorials and sample code.
To coincide with the release, Microsoft is hosting a Windows 10 IoT Core Home Automation Contest on Haskster.io. Submissions can be entered through September 18, 2015 at 11:59 pm PST.