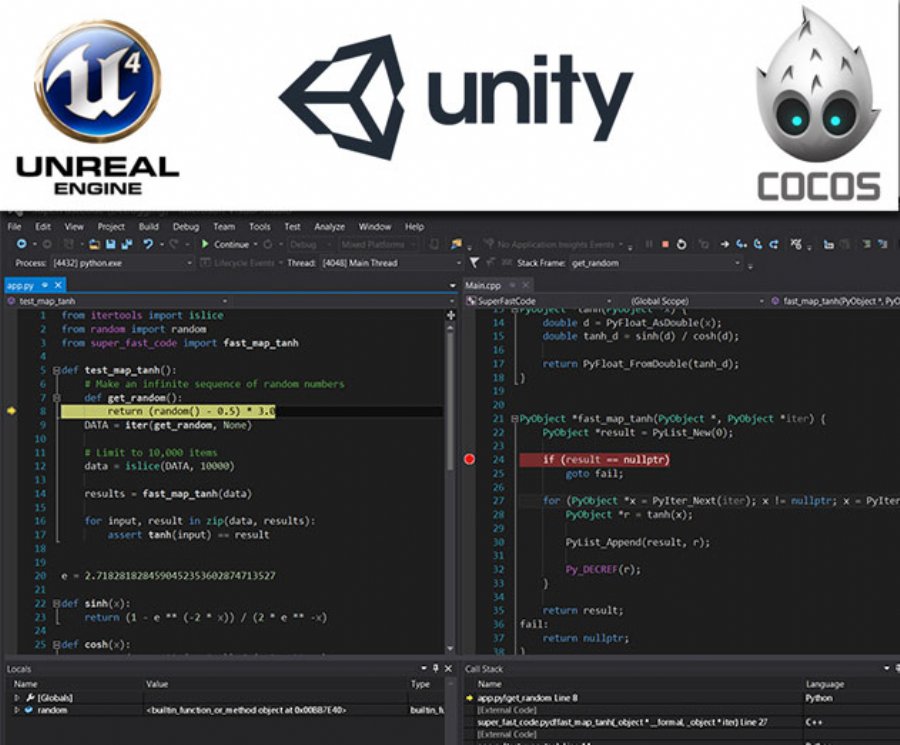 
34,751
Microsoft is moving to expand its impact in the game development industry with the announcement that Visual Studio support for Unity, Epic Unreal, and Chukong Technologies’ Cocos2d.
Game developers will now be able to utilize the Visual Studio IDE to develop games with these platforms as each of the gaming engines' installers will now offer the ability to co-install Visual Studio Community on Windows, along with the plug-ins required for Windows developers building for these engines. Microsoft also plans to make it easier to use the tools for Unity, Unreal and Cocos2d within Visual Studio 2015 when it is released.
With the new support, Microsoft is promoting the opportunity the new integration presents for expanded cross-platform mobile development support in Visual Studio for Cordova (HTML), Xamarin (C#) and C++. Platforms supported by these three engines include:
- Cocos2d supports web browsers and native platforms including OS X, Windows, iOS and Android.
- Unity supports 21 different platforms, including Xbox One, SteamOS, OS X, iOS, Android, Windows, WebGL, Oculus Rift and GearVR.
- Unreal Engine 4 enables developers to deploy projects across platforms including Windows, Xbox One, Playstation 4, OS X, iOS, Android, Linux, SteamOS, HTML5 as well as Steam VR, Oculus Rift and Gear VR.