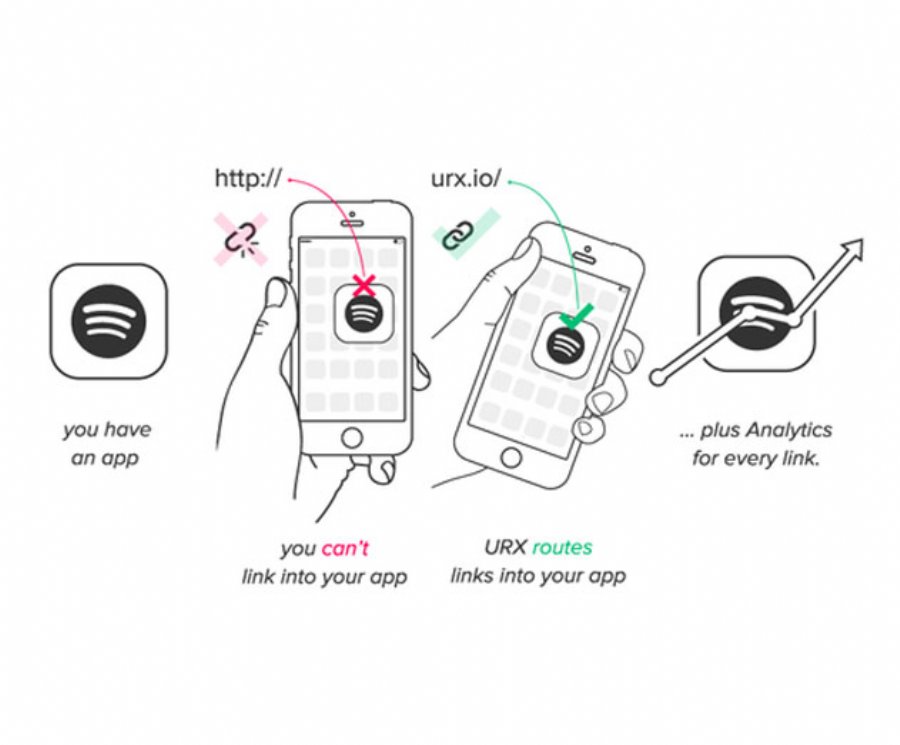 
4,856
URX has launched its omnilinks platform for linking content across media. The platform helps developers bring deeplinks to their app and drive traffic.
Omnilinks allows anyone to create a smart link that sends a user to a destination, whether this is in an app or on a mobile site. Any developer whose app is accessible by URIs and whose HTML pages contain URI mappings is ready to go without any setup.
Omnilinks routes users to the best place to experience a piece of content on their device. For example, if a user clicks on an omnilink while on their iPhone and has the app installed, they will be taken into the app. If they do not have the app installed they will be taken to a website instead.
As the company points out, Google, Twitter, and Facebook have all announced support for deeplinks in re-engagement campaigns and are specifically emphasizing how Google is providing AdWords support for deeplinking with mobile app content will start appearing in search results.
Developers who want to implement deeplinks should register a URI scheme for an app - this is the first step to implementing deeplinks. iOS and Android have guidelines on how to implement them, and URX provides an open source framework Turnpike to do so.
Next map an app’s URI’s to a web URI’s - third parties need to know what links are in order to send traffic to them. Twitter, Facebook, Google ask developers to add code to webpages that give them information about an app, and URX has published documentation to facilitate this process.
Finally, developers should have the ability to create smart links. Developers need to be able to create a single link that routes a user to the best experiences, whether this destination is inside an app, to a mobile site, or to the app download page. Developers can build their own a redirect solution or work with a partner.
Developers can go to URX to check whether a website or app is ready for omnilinks and provides additional information for those who are new to deeplinks, or who have taken the first step but now need to be indexed.