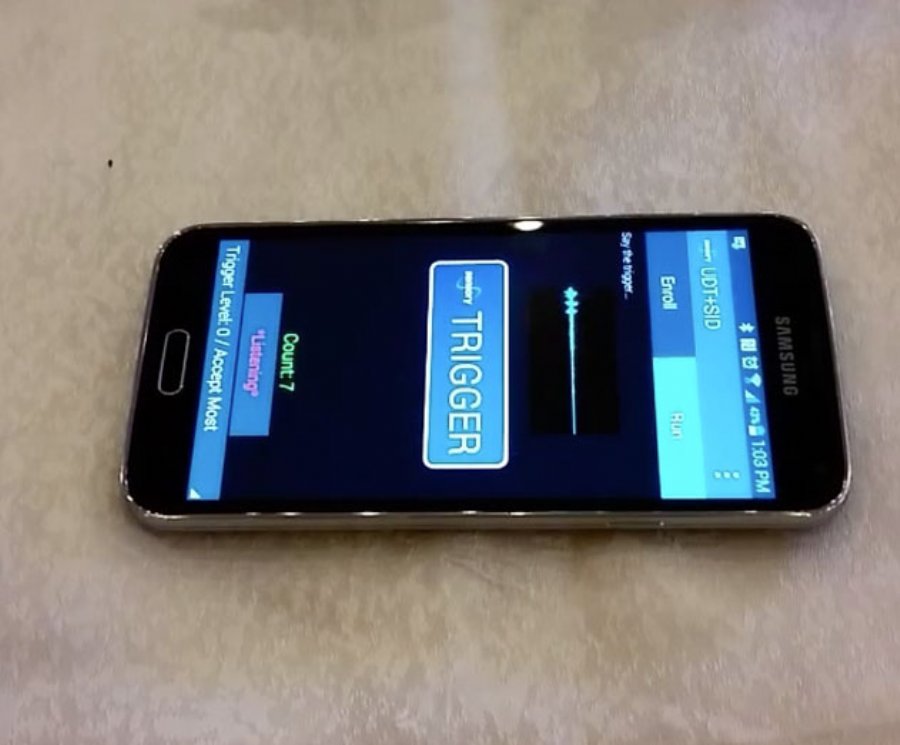 Introduced in 2009, TrulyHandsfree began offering an embedded small vocabulary speech recognition system to feature an always-listening wake word. Now, Sensory, a Silicon Valley-based company focused on improving UX and security of consumer electronics through embedded AI technologies, is announcing they will be making significant updates to the embedded AI in its TrulyHandsfree technology.

Their latest deep neural network models for embedded AI have allowed the company to deliver a 5X reduction in false accepts compared to version 4.01, significantly lowering the chances of the speech recognition system activating when not actually summoned by the user.

5.0’s embedded speaker verification technology is highly flexible, allowing users to enroll their voice and their own custom trigger or passphrase, restricting unauthorized users from accessing the voice user interface. Even if an unauthorized person learns the trigger or passphrase, their voice biometrics technology will recognize that it’s not the enrolled user speaking and not authenticate them, preventing them from accessing the device.

Version 5.0 also features a new voice barge-in feature, enabled with their proprietary Acoustic Echo Cancellation (AEC) technology. Users can interrupt devices while playing voice prompts, music or other sounds by saying the trigger phrase to control music playback by voice, or provide any other kind of supported speech commands.

For ultra-low power devices that have limited battery capacity such as wearables, Sensory offers its Low Power Sound Detector (LPSD) hardware component for DSPs and smart microphones that can reduce low-power configurations of TrulyHandsfree to operate at an average battery draw of less than a 1mA.

“The demand for voice user interfaces continues to grow rapidly and TrulyHandsfree 5.0 will allow more manufacturers to incorporate low cost, low power voice user interfaces on device without sacrificing the cloud accuracy,” said Todd Mozer, CEO of Sensory. “TrulyHandsfree 5.0 offers the most advanced and efficient embedded AI technologies we’ve ever created. Additionally, we’ve set the bar higher than ever before for speech recognition accuracy by applying our new proprietary echo cancellation and noise reduction algorithms that we are confident will boost far-field voice performance for IoT devices of all kinds.”