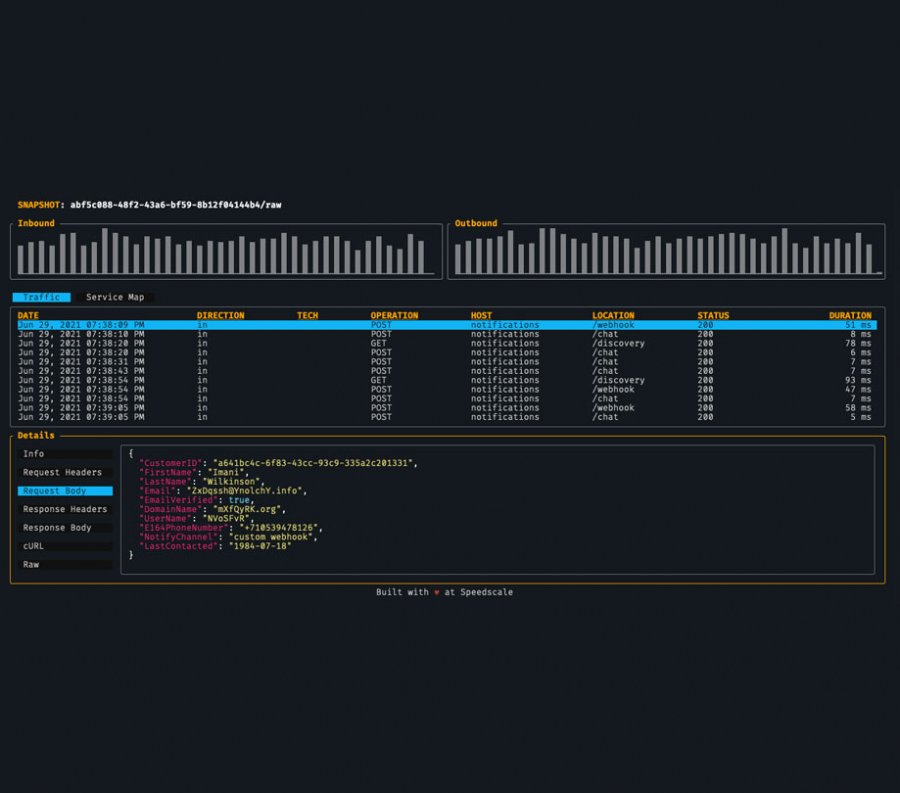 Speedscale, the API test-automation software company, today launches Speedscale CLI, a free observability tool that inspects detects, and maps API calls on local applications or containers. The offering underscores the importance of continued and proactive API testing to quickly detect and debug defects within a shifting array of upstream and downstream interdependencies.

“Customers such as Grofers and Nylas have made it clear that fixing defects during development costs a fraction of what it costs to track down problems in production. However, shifting detection left can slow the CI/CD process considerably unless developers have a clear understanding of what’s under every API’s hood and how code changes impact their operations. We’re offering Speedscale CLI at no charge because we recognize that API visibility is the foundation all cloud-native developers need to validate functionality and correct defects before the code is released," said Ken Ahrens, co-founder, and CEO of Speedscale.

While the goal of CI/CD is to deploy applications rapidly and continuously, only 15% of DevOps leaders report their organization deploys even once per day, a recent CloudBolt Software report shows. To keep pace with cloud-native deployment timeframes, SaaS companies need modern QA tools that enable developers to cut time and eliminate errors in the Kubernetes and container-delivery pipeline.

Speedscale addresses the quintessential struggle cloud-native developers face: how to test APIs during CI/CD in a way that properly “mocks” shifting production environments in its free and commercial products.

Speedscale CLI is a desktop tool that offers the following features:

- Service Mapping, enabling developers to auto-detect and map external dependencies that could break in production, without having to send their data anywhere.

- Traffic viewer, for logging and tracing API calls into and out of an API that’s under development. Oftentimes headers, cookies, message bodies, and authentication can be difficult to understand, especially in complex protocols such as gRPC.

- Latency detection, allowing users to understand which API calls are slow and how code changes impact performance in order to focus optimization efforts.

“Speedscale gives cloud-native developers the clarity we need to understand what APIs are doing and how they're performing. Its fast, deep inspection of API calls is what allows us to roll out frequent, large-scale, quality upgrades to our cloud architecture. Speedscale is the backbone of our performance benchmarking strategy, and the ROI we’ve achieved is huge,” said David Ting, Nylas SVP of Engineering, CISO.

Developers interested in learning more about Speedscale CLI can register for a live webinar on January 12th at 2 pm ET.