Next
Andrey Kazakov
8/10/2021 7:55:28 AM
8/10/2021 7:55:28 AM
Growing your gaming app by looking at the data
Gaming App Downloads,How to get downloads,Gaming Data
https://appdevelopermagazine.com/images/news_images/Growing-your-gaming-app-by-looking-at-the-data-App-Developer-Magazine_216yuzy0.jpg 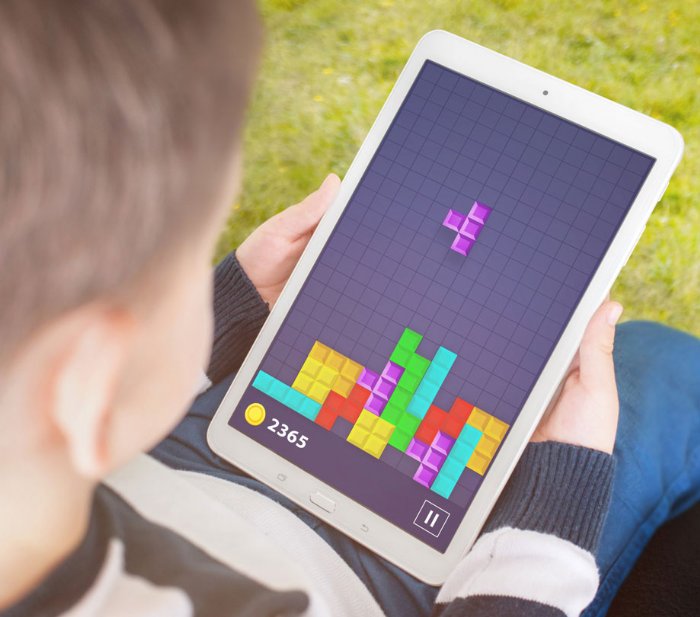 Growing your gaming app by looking at the data, user journeys, portfolio size, and app updates is more important than ever for developers to understand what’s driving success.

The world changed a lot in 2020. And in the mobile app industry, we saw our data reflect shifts in consumer behaviors and accelerated transformations of entire industries. People flocked to their mobile devices to do everything from getting a little Facetime with distant family to buying groceries. In fact, mobile outperformed 2020 expectations, with consumers spending $143 billion on apps.

There was no bigger winner than mobile games. The Mobile App Growth Report 2021, which uses Adjust data to uncover which app verticals are driving growth, found that games are officially the world’s fastest-growing vertical. It’s also already the biggest vertical, with 33% of all downloaded mobile apps now games.

It’s clear that gaming developers of all sizes are hot commodities — but our figures show that the global mobile industry is still a long way from the top of the market. There’s still plenty of room to grow.

With so much on the line, it’s time to dig into the facts.

As mobile gaming booms, it’s more important than ever for developers to take a look at the actual data and understand what’s driving success — or not. Myths still abound, and in this article, we will dig into a couple of the most critical data points guiding gaming growth in 2021.

The way you approach user acquisition and retention will vary greatly depending on the sub-vertical your title falls into. Promoting a hyper-casual game will look significantly different from the campaigns you’d set up for a sports or mid-core title. If we look at retention rates across the gaming vertical, we see that games overall retain quite well, in line with industry standards, while hyper casuals fall significantly below the median. By day 30, hyper-casual retention rates sit at around 2%, while gaming is closer to 10%.

Users playing non-hyper-casual mobile games also spend an average of 24 minutes in-app per day, while their counterparts sit at only 8. If we compare the two user groups against any measurement metrics, the results are always vastly different. Therefore, it’s vital that marketers understand and approach these groups according to their in-app habits — crafting creatives that pull in the right audiences and presenting a subsequent user journey that matches their expectations.

For a hyper-casual title, this might mean opting for in-app advertising that promotes other hyper-casual games in your portfolio. For mid-core games, it’s more effective to monetize through in-app purchases and freemium models, pushing for higher LTV users.

Another important element to consider when growing your gaming app is how many sessions per day your users are having. If you start off with an excellent onboarding experience, you increase the chance that they’ll return — and every time they return, you have another chance to incentivize them to continue coming back.

We found that while sessions numbers for hyper-casual slowly decrease over a 30 day period (starting at around 2 sessions per day and ending at 1.3), overall gaming sessions increase steadily, kicking off at around 2 and landing at almost 2.5. This shows how loyal users are to games they enjoy playing, and how willing they are to continue progressing — and likely spending — in-game. Measuring where these high LTV users come from and targeting similar cohorts means growing a very healthy user base.

Having a big portfolio of apps has long been believed to be a key factor for growth. Promoting your titles across your app portfolio is a popular and effective way to help spread the word about other apps. However, we decided it was time to test whether portfolio size (the number of apps any one particular developer has) correlates with higher growth scores.

We looked at the data to understand whether developers should try to grow their portfolios — or if they can focus their efforts on a smaller number of apps. As it turns out, there is no direct relationship between having more apps and driving more growth.

Driving gamers from one app they love to the next can go on indefinitely. However, if you’re an entertainment app, there is a point of diminishing returns. While players may always be on the lookout for a new, fun game, they tend to stick to only a few streaming apps. 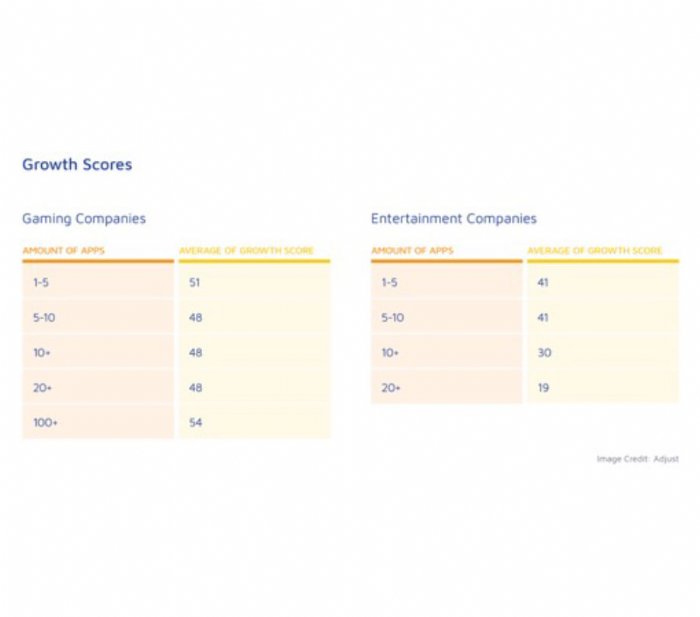 Leveraging cross-promotion works to keep growth scores constant no matter how many apps a publisher has. And in fact, gaming companies that own over 100 properties saw the highest growth score in our sample. Although the difference is small, it does show the benefits of including cross-promotion in your app marketing strategies, and — at least for gaming apps — having an extensive portfolio helps.

App updates by the numbers

Another question we examined was about the typical lifetime of an app. We wanted to know how long developers usually support their apps. To do this, we looked at apps released in 2018 and checked when they were last updated to investigate their lifecycle. We found that gaming apps have the shortest lifetime — with the fewest number of apps still active 24 months after launch. 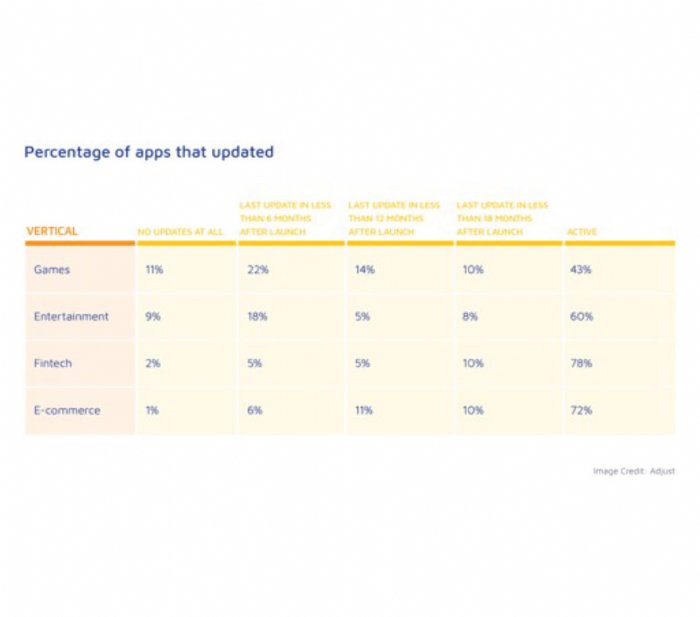 Just 43% of games were still active after two years. This makes sense, especially in light of the disposable nature of hyper-casual games. And it’s equally unsurprising that fintech and e-commerce apps have the highest number of apps still being supported after two years. These long-lived apps require frequent updates to keep meeting user expectations.

But we still see a lot of commonality among apps of all types. Looking at app update frequency, we found that developers initially update their apps frequently and then less frequently per month as time goes on.

Ultimately, the average number of updates for an active app is three per month. So if you’re one of the 43% of games in it for the long haul, be prepared to regularly update your app to keep up with evolving user expectations.

The takeaways for 2021 onward

Armed with the right data, mobile gaming can — and, most likely, will — continue to dominate in 2021 and beyond. Considering the relatively short lifespan of games, we see that it makes sense that game publishers continue to build their portfolios and cross-promote their content, always ready to offer users the next best thing in mobile gaming.

Gaming App Downloads, How to get downloads, Gaming Data
share