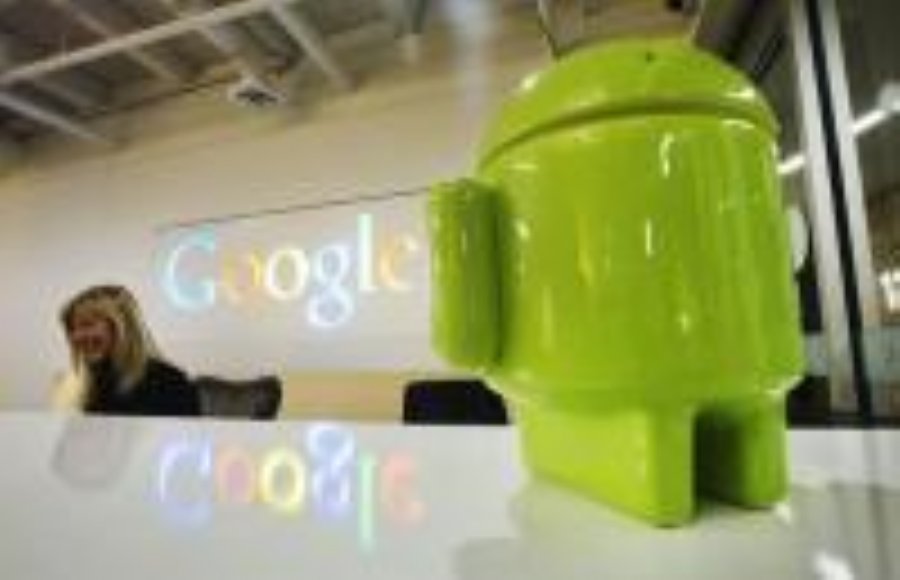 Android is gaining on Apple for dev revenue earnings


1,821
SAN FRANCISCO -- The mobile video game Kingdoms at War is popular with owners of Apple's (AAPL) iPhone and Google's (GOOG) Android smartphones alike. But for the game's maker, there is a very important difference -- it earns more than double the money on iPhones and iPads than it does on Android devices.
The disparity is a weakness for Android, which has emerged as the world's most widespread mobile operating system, but has long suffered second-class status among software app developers who prefer the prestige, higher revenue potential and uniformity of Apple's rival platform.

But app developers say that is changing fast.

Just three years after Google and partners from Samsung to HTC launched a frontal assault on the iPhone, Android is coming into its own with an improved built-in payment system, a growing fleet of high-end devices and a redesigned app store. That translates into increasing revenue for apps developers.

"When Android first launched, we didn't even really consider going on Android," said Wilkins Chung, the co-founder of Thinking Ape, which makes the Kingdoms at War app.

"Now it's at the point where it makes business sense to invest more resources on Android and try to get there faster. Even though we monetize less, it's still a significant amount of revenue."

Smule, another mobile app developer, released its first Android app this Spring, roughly a year after the iOS version appeared, and in July the company launched an app on both Android and iOS simultaneously. Next year, Smule hopes to launch all its new apps on both platforms at the same time, said General Manager Prerna Gupta.

The monetization level of the Android apps is not as good as it is on Apple's iOS, she conceded, but added: "We've been pleasantly surprised."

A prosperous network of quality app developers is critical for Android as competition among Google, Apple, Amazon.Com and Microsoft in the fast-growing mobile gadget market heats up.

Eye-catching design and top-notch hardware components are key selling points for smartphones and tablets, but vibrant digital apps and content are becoming equally essential to a product's overall appeal.

"Clearly it's gone from being a device war only, to being an ecosystem battle," said Richard Wong, a partner at venture capital firm Accel Partners, which has invested in Rovio, the maker of the hit mobile video game Angry Birds.

During the past year, Google stepped-up efforts to make apps and other digital content into more prominent features on the phones and tablets that use its Android software.

In March, Google overhauled its app store and re-branded it Google Play, with a niftier look and a selection spanning digital music, movies, games and apps all within the same storefront. Google Play now boasts 700,000 Android apps, equal to Apple's collection, although analysts say there are more high-quality apps in Apple's App Store.

Google has also expanded the number of countries in which developers can sell Android apps, added support for monthly and annual app subscriptions and partnered with wireless carriers such as Verizon Wireless and Japan's NTT Docomo Inc to let consumers charge purchases directly to their cell phone accounts.

Roughly three quarters of app purchases on Google Play occur through carrier billing when the option is available, Google has said.

"You just need to make it as easy as possible for consumers to purchase that content," said Carolina Milanesi, an analyst with industry research firm Gartner.

She noted that Android is particularly popular in emerging economies, where credit cards are less pervasive and thus carrier billing is especially important.

In China, Android-based smartphones accounted for 87.7 percent of smartphone shipments during the third quarter, according to research firm Strategy Analytics, compared with a 60.5 percent market share in the United States.

Yet while Google may enjoy an edge in global market share, Apple and Amazon.com can draw on years of retail business experience to deftly weave online purchasing capabilities into their mobile devices. With a vast collection of consumer credit cards already on file, both companies have made it a snap for users of their gadgets to quickly buy a digital song, a movie, or an app.

"You buy on your phone with pretty much a click and a password entry," said Jason Titus, the Chief Technology Officer of Shazam, one of the most popular apps on Android and Apple phones, referring to Apple. "They've done a great job of doing a deep integration and making that a seamless experience.

"On Android the music purchase flow is something that has been steadily improving over time, but it still has a little ways to go to get as smooth and easy as it is on iPhone."

Apple has said it has 400 million active accounts with credit cards and that it had paid out a total of $6.5 billion to developers as of October, up from $4 billion in January. Apple takes a 30 percent cut of transactions made in its App store. Google, which has a similar revenue sharing agreement with app developers, declined to provide comparable figures.

In April, app maker Pocket Gem released Tap Dragon Park, a video game exclusively for Android. The monetization was lower than it likely would have been on Apple's iOS, said Chief Operating Officer Ben Liu, but he noted that it was still a commercial success, particularly as Google promoted the app in the Play Store.

"The game made a lot of money for the company," Liu said, and it was an important learning experience in a market that looks increasingly attractive.

The growing number of high-end Android devices -- Samsung recently announced it sold 30 million Android-based Galaxy S III phones in five months -- is especially appealing for developers. They have often struggled with the many different versions of Android that are available for different types of hardware.

"If you look at the high-end part of the market and do apple-to-apples of high-end Android phones with iPhones, then I think some of the monetization metrics are comparable," said Liu.

Smule's Gupta pointed to another benefit of releasing an Android app. Shortly after the Google Play store promoted the Android version of AutoRap, an app that records a person talking and transforms it into a rap song, there was a spike in installations for the iOS version.

"It basically enhanced the word-of-mouth growth we were getting for our product and it led to literally millions of downloads," she added.