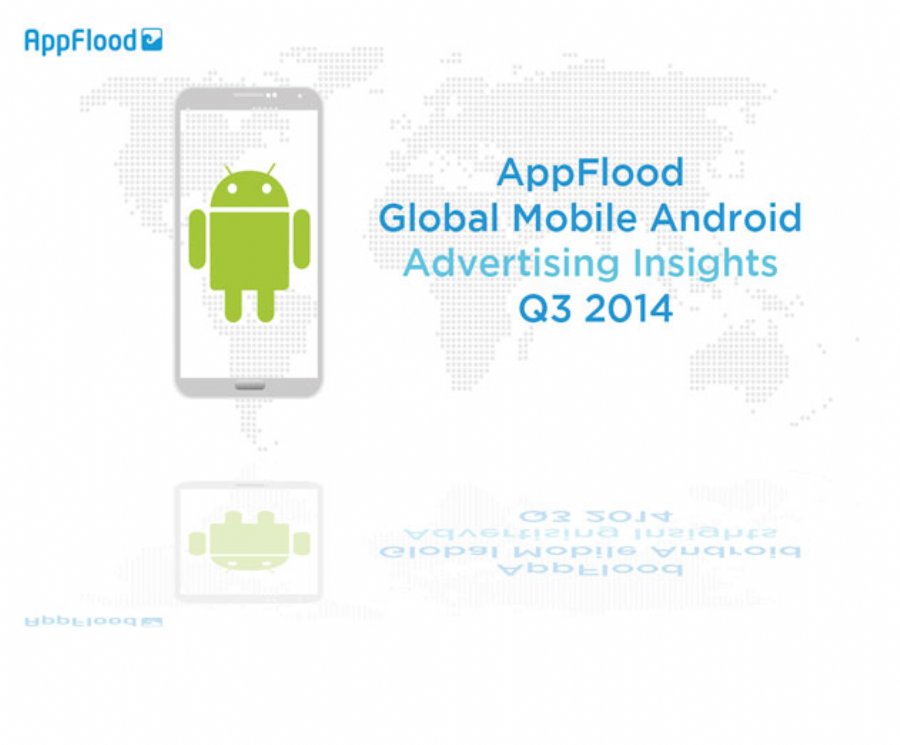 
16,246
AppFlood has published it Global Mobile Android Advertising Insights report for Q3 2014, revealing general global mobile advertising benchmarks including ad spend, install rates, and CPIs. The report is part of a series of quarterly mobile indexes, updates, and insights into the global mobile industry.
The report shows emerging regions are a fertile ground for mobile apps as mobile install rates in regions during Q3 2014, including the Middle East, and Latin America, jumped approximately 3 times Q2's install rates, suggesting the maturation of these mobile markets. The appetite for mobile ads grew in these regions as the use of ads as an app discovery channel continues to grow in popularity The report shows that 72% of mobile users acquired this quarter come from the Middle East, Latin America and Asia.
Other findings from the report include:
- Mobile traffic grew 99.4% Quarter of Quarter (QoQ) since Q3 2013 with a 163% QoQ gain between Q2 2014 & Q3 2014.
- The cost of acquiring single users slid to $0.26.
- Global mobile ad spend grew 116.5% QoQ since Q3 2013, and ad spend on the network grew 251% from Q2 2014 to Q3 2014 due to Chinese advertiser demand.
- 66% of global mobile ad budget now spent on acquiring users from Asia, Middle East, and Latin America.
- 67% of mobile users acquired from around the world are from Asia, the Middle East, and Latin America.
- Personalization apps earned the most revenue, raking in 2.3 times more than communication apps, which earned the second most.
- Action games earned the highest among gaming categories for mobile ads, beating out Arcade and Puzzle games.
The complete report is available for download on the AppFlood website.