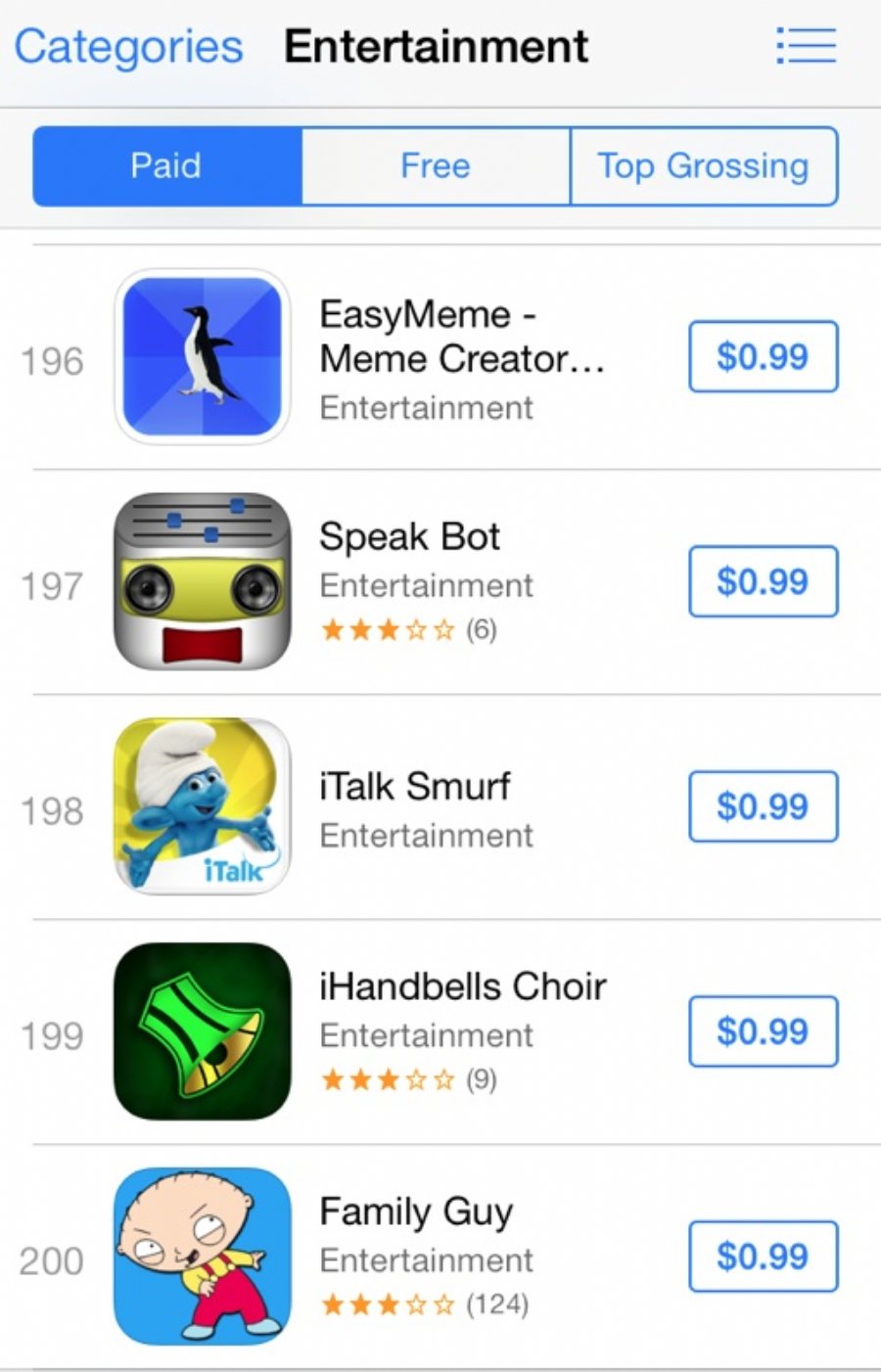 
3,430
Over the last 24 hours we've had some reports come in that Apple is now only displaying the Top 200 results when sorting by category in the app store. Normally filtering by category would display 300 results, but something has changed though we do not have an official notice from Apple as of yet.
We tested several categories on different devices and only see the Top 200 results. While this might not be a permanent change (we sure hope not), if so then iOS developers will be even further buried in the app store results. It's well known that if you get into the top 300 your chances of getting into the top 100 or above are much greater "organically". Dropping 100 off the list might seem logical from a UX experience (users not having to scroll as much) but we think it's a bit of a poke in the eye to developers.
We will further monitor this for changes but it would be interesting to see if anyone else is experiencing this same results.