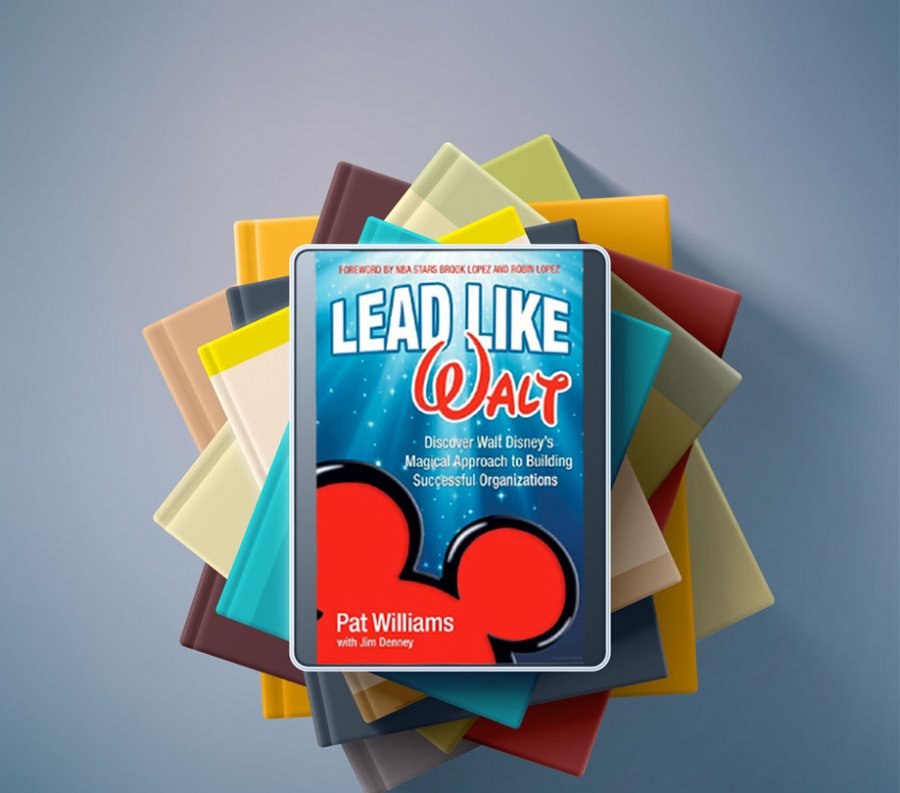 A book titled "Lead Like Walt" takes you through how to build successful businesses as seen from Walt Disney's eyes.

"Walt was a paradox. I've interviewed hundreds of people who knew him. A few described him as a harsh and insensitive taskmaster. Some found him charming one day, then dour and distant the next. Most lived in awe of him. How could one man be remembered so differently by different people who knew him?” says Pat William, Lead Like Walt (Section: Lead with Kindness).

Whether you are building a small business from the ground up or managing a multi-national company, you can learn the 7 key traits for leadership success from one of the greatest business innovators and creative thinkers of the 20th century: Walt Disney. Whether you know him as the first to produce cartoons in Technicolor, the mastermind behind the theme park Disneyland, or the founder of the largest entertainment conglomerate, Walt's story of creativity, perseverance in spite of obstacles, and achieving goals resonates and inspires as much today as it ever has.

Author of the new book Lead Like Walt: Discover Walt Disney's Magical Approach to Building Successful Organizations, Pat Williams began studying the life and leadership example of Walt Disney as he struggled to build an NBA franchise, the Orlando Magic. Since he was trying to accomplish a goal similar to so many of Walt's—starting with nothing and building a dream from the ground up—he realized that Walt could teach him what he needed to know. And indeed he did.

Through Walt Disney's leadership example, Pat found 7 key leadership traits that all great leaders must possess: Vision, Communication, People Skills, Character, Competence, Boldness, and A Serving Heart. Through never-before-heard Walt stories and pragmatic principles for exceeding business goals, you'll learn how to build those skills and implement them to be effective in any leadership arena. As you discover the life of this great leader, you'll realize that no goal is too great and no dream too daring for anyone who leads like Walt.